The World’s second biggest country, Canada, has an endless variety of landscapes. Spiky mountains, glinting glaciers, spectral rainforests, wheat-waving prairies – they’re all here, spread across six time zones. Rarely do you hear people sigh over Canadian food the way they do, say, over Italian or French fare. Canada is one of the world’s highly developed countries with a diversified economy that is reliant upon its abundant natural resources and upon trade – particularly with the United States, with which Canada has had a long and complex relationship. With gazing upon its ice capped mountain peaks, or looking with awe at its modern architecture revolutionized by its artists, Canada has the most plush, posh, advanced and yet very realistic infrastructure and architecture. God must have added to its architectural reserves by offering coral Blue Island beaches and long hours of blue snow stretching over its land, being an enviable site.

Currency: Canadian Dollar (CAD
Religion: Christianity is predominant.
Climate: Average winter and summer high temperatures across Canada vary from region to region. Winters can be harsh in many parts of the country, particularly in the interior and Prairie Provinces, which experience a continental climate, where daily average temperatures are near -15 degrees, but can drop below -40 degrees with severe wind chills. In noncoastal regions, snow can cover the ground for almost six months of the year, while in parts of the north snow can persist year-round. On the east and west coasts, average high temperatures are generally in the low 20 degrees while between the coasts, the average summer high temperature ranges from 25 to 30 degrees.
Best Time To Travel: Canada can be best traveled to and enjoyed between May to August.

Canada is a culturally rich country, the cultural season in Canada are therefore very lively and vibrant. With numerous cultural events and festivals taking place, it is a place which lightens up almost all seasons in a year to celebrate the festive moods.

In comparison to the United States, Canada may seem to be more expensive with some things costing almost double as to what they would in the United States. Canada sells fuel (gasoline, diesel, etc.) in liters, as opposed to gallons. While many Canadians are under the impression that shopping south of the border is less expensive, as of late, it has been cheaper to shop in Canada. Beer is generally stronger in Canada than in the States, but in some provinces such as Quebec, it can be cheaper than neighboring U.S. states such as New York. There are now many microbreweries across the country, many with restaurants and pubs on premises; some of these are permitted to sell beer and cider on site. This is rarely a problem, as most retailers in Canada price their items fairly and do not look to extort their customers due to the highly competitive market and well-off economy. Some large retail stores will offer you a discount if you can prove to them that one of their competitors is selling the same product for a lower price.

Although you will find some regional specialties, especially at the Eastern and Western edges of the country, in English Canada there isn’t much food known as “Canadian” except for maple syrup, Nanaimo bars (chocolate-topped no-bake squares with custard or vanilla butter filling and crumb base), Buttertarts (tarts made with butter, sugar and eggs), beaver tails (fried dough topped with icing sugar), fiddleheads (curled heads of young ferns), and a few other examples. Canadians may be unaware that they even have national dishes, especially in the more urbanized areas, such as Toronto, and if you ask for a beaver tail or fiddlehead, you may receive nothing but a strange look or a polite giggle. That being said, there is a rising trend among Canadian chefs and restaurateurs to offer locally-produced ingredients, and most major cities have bistros which specialize in local cuisine. This can even include game meat dishes such as caribou, venison, moose, grouse or wild turkey prepared in a variety of European styles.

French-Canadian cuisine is distinctive here. It includes such specialties as tourtière, a meat pie dish that dates back to the founding of Quebec in the 1600s, cipaille (meat and vegetable pie), cretons (mince of pork drippings), ragout de pattes (pigs’ feet stew), plorine (pork pie), oreilles de Christ (fried larding bacon), poutine, a dish consisting of French fries, cheese curds and gravy (its popularity has spread across the country and can be found from coast to coast), croquignoles (home-made doughnuts cooked in shortening), tarte a la farlouche (pie made of raisins, flour and molasses), tarte au sucre (sugar pie), and numerous cheeses and maple syrup products. Staples include baked beans, peas and ham. French-Canadian cuisine also incorporates elements of the cuisines of English-speaking North America, and, unsurprisingly, France.
Montreal is well known for its Central and Eastern European Jewish specialties, including local varieties of bagels and smoked meat. In the Prairie Provinces you can find great Ukrainian food, such as perogies, due to large amounts of Ukrainian immigrants. If you are more adventurous, in the larger cities especially, you will find a great variety of ethnic tastes from all over Europe, Asia and elsewhere. Americans will find many of their types of cuisine and brands with subtle differences, and many products unique to Canada, such as brands of chocolate bars and the availability of authentic maple syrup.

Ottawa – The city of Ottawa is Canada’s national capital. This city is home to national government monuments like Parliament Hill, Govt. Aquariums, many major museums like the Museum of Civilization, cool urban neighborhoods like the By Ward Market, and the Fisheries Market. To top it up with more, this great city is also home to the great old architecture of medieval times.

Calgary – A commercial town at its best, Calgary is a boom-town without a doubt and is a major Canadian financial city. For non-business travelers, it offers world-class Calgary Zoo, the Calgary Tower, the Calgary Stampede, Glenbow Museum, shopping at Chinook Mall and Atlantic Ave, and is only a short distance from the recreation of the Rockies. As such, it is the eastern gateway to the Rocky Mountains and an important centre of trade and tourism for the western prairies. Calgary is also well known for its Investment Banking prospects, as many famous names in the World of Investment Banking have come from Calgary.

Quebec City – – is the national capital of the Canadian province of Quebec. Located at a commanding position on cliffs overlooking the St. Lawrence Seaway, Quebec City’s Old Town is an UNESCO World Heritage Site and the only city in North America (outside Mexico and the Caribbean) with its original city walls. Quebec is a city of about 700,000 residents. Quebec City’s main sight is the Old Town, the upper part of which is surrounded by a stone wall built by both French and British armies. It is now a tourist district with many small boutiques and hundreds of historical and photographic points of interest. Some of the buildings are original structures, while others are built in the same style and architecture as former buildings.

Halifax – The city of Halifax is the capital city of Nova Scotia and the largest city in the Atlantic Provinces of Canada. The city’s origins and rich maritime history derive from a strategic location and one of the world’s great natural harbors. In the 19th and early 20th century, Halifax was the entry point for European immigration to Canada. Today, Halifax is a busy Atlantic seaport and the economic and cultural hub of Eastern Canada.

Montreal – This city is the metropolis of the province of Quebec. Quebec City is the political capital but Montreal is the cultural and economic capital of Quebec and the main entry point to the province. The second largest city in Canada, it is a city rich in culture and history and a well-deserved reputation as one of the liveliest cities in North America. Montreal is the second-largest French-speaking (as a mother language) city in the world, behind Paris. The population of Montreal is about 1.9 million, with 4 million in the metro area.

Toronto – Toronto is the most populous city in Canada and the provincial capital of Ontario. It is located on the northwestern shore of Lake Ontario. The city is the anchor of the Golden Horseshoe region, which wraps around Lake Ontario from Toronto to Niagara Falls and totals over 8.5 million residents, approximately a quarter of Canada’s entire population. Toronto is the fourth largest city and fifth largest urban agglomeration in North America. Spawned out of post-glacial alluvial deposits and bluffs, the area was populated at different times by Iroquois and later Wyandot (Huron) peoples. Toronto has, in recent decades, been transformed into one of the most culturally and ethnically diverse cities in the world. More than 80 ethnic communities are represented, and over half of the city’s residents were born outside Canada.

Vancouver – Vancouver is the largest metropolitan area in Western Canada, and third largest in Canada, with a population of 2.6 million. Located at the southwestern corner of the coastal province of British Columbia, it is well known for its majestic natural beauty, as it is nestled between the Coast Mountains and the Pacific Ocean. It is frequently ranked as one of the “best cities to live in” and is certainly a beautiful destination to visit. While Vancouver is still a young city, it has a variety of attractions and points of interest for the visitor. Many of the city’s landmarks and historical buildings can be found downtown. 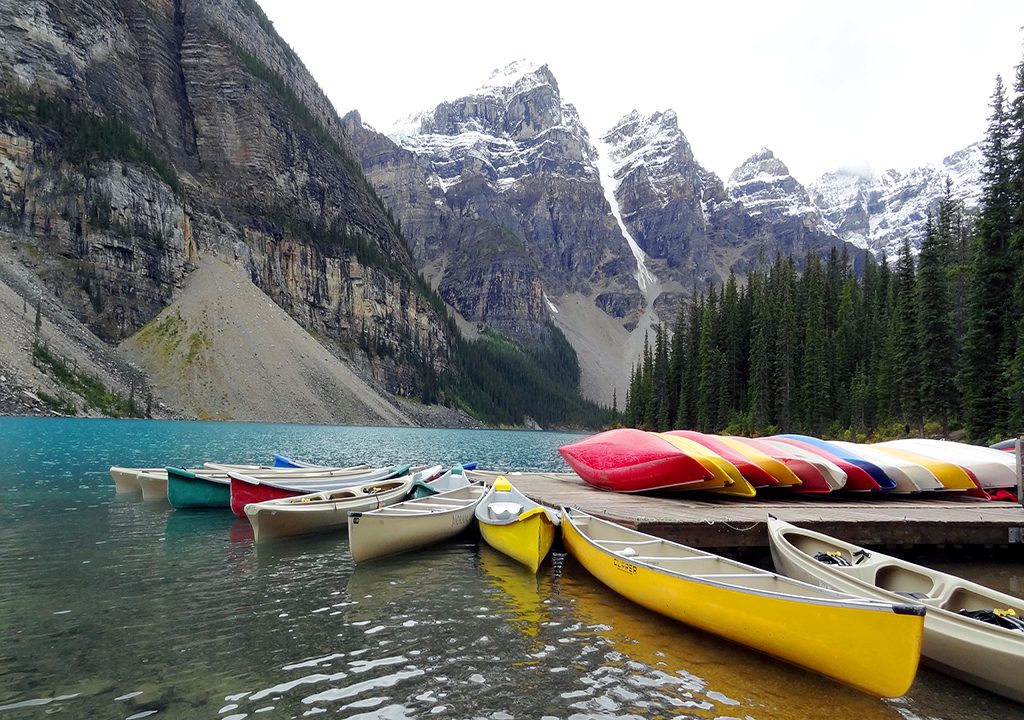 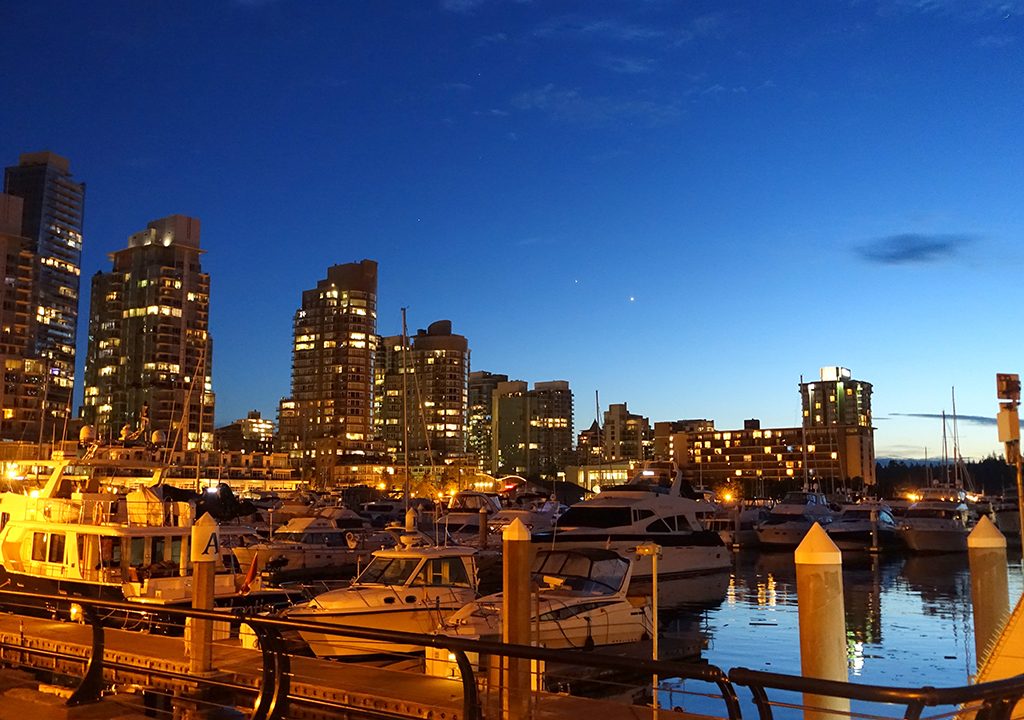