Bienvenue en France! Welcome to one of the most glamorous countries in the world. A perfect conglomerate of a Heritage country with modern peculiarity, France gives you the taste of a flatteringly balanced country. With being awarded as the Fashion Capital of the world since decades, France has gained a scintillating reputation amongst people all over the World. It is also considered one of the most “romantic” countries in the world which houses cities like Paris, Besancon and Versailles. The land of Louis Vuitton, Chanel, Dior, Lacoste and Pierre Cardin; the exclusivity in French Cuisine and a home to the glamorous Cannes Film Festival, France has a lot more to offer in its palatable platter, other than the usual sightseeing. Be it for any reason, a trip to France will be unforgotten till the time your memory spans!

Currency: Euro (EUR); CFP Franc (XPF)
Religion: Roman Catholicism. However France is a secular country and has given the freedom of all religions.
Climate: The climate of France is highly diverse. Low temperate winters and mild summers is present on most of the territory, especially in Paris. Mild winters and hot summers exist along the Mediterranean and in the southwest (the latter has lots of rain in winter). Mild winters (with lots of rain) and cool summers exist in the northwest (Brittany). Cool winters and hot summers exist along the German border (Alsace). Along the Rhône Valley, occasional strong, cold, dry, north-to-northwesterly winds exist known as the mistral. Cold winters with lots of the snow exist in the Mountainous regions: Alps, Pyrenees, Auvergne
Best Time To Travel: France can be best enjoyed between the months of April to September.

France is a culturally rich country; the cultural seasons in France are therefore very lively and vibrant. With numerous cultural events and festivals taking place, it is a place which lightens up almost all seasons in a year to celebrate the festive moods.

Popularly known as the Fashion capital of the World, France has a lot to enchant you and sweep you off your feet for its ever delighting and never ending shopping options. Shopping in France is exciting and fun on one hand, on the other it is difficult for you to decide where to drop in to buy the stuffs of your choice. There are different kinds of shops selling different goods. There are number of provincial markets in and around the country. The one at Cote de Azur is a well organized market from where you can buy fresh flowers, vegetables and fruits etc. This is more like street shopping, from where you can buy goods at cheap rates compared to branded stores and if you want you can bargain also.
There are number of road side eateries, which sell mouth watering delicacies at cheap prices. If you feel hungry while shopping, then you can take few bites from these eateries. G.H. Mumm and Cie is one of the shops selling best champagne, which is known as Cordon Rouge. There are wide varieties of champagne from which you can choose from, if you visit the factory. This place is not only famous among tourists but also to local people who want to buy best liquor at cheap price. There are different items that you can buy while shopping in France. Apart from apparels, you can also buy electrical goods, home appliances, souvenirs etc. Some of the items which are typical to the country that you can look for while shopping are: Items of crystal glass, Wines, Lace Items, Liquor, Perfumes, and Cheese.

French cuisine is one of the world’s most refined and renowned cuisines. A cuisine that has evolved centuries of changes in tastes, French cuisine was codified by Georges Auguste Escoffier in the twentieth century to make it haute cuisine. Escoffier’s major work, however, could not do justice to regional character of French provincial cuisine. Cheese and wine are integral to the French cuisine. France cuisines have come a long way from French medieval times, when banquets were common among aristocrats. The chefs of French royalty developed the national cuisine in Paris and it spread all over the country and the world to become the world’s most popular cuisine. Many dishes form parts of the national cuisine of France today. These include those from haute cuisine fine-dining and nationally popular regional dishes.

Paris – Paris has something for everyone – it’s a multifaceted, magical, mythical and sometimes surprising capital that is always exciting. People come to Paris to admire its exceptional architectural and cultural heritage, making it one of the world’s most beautiful cities. This dynamic heritage is constantly being improved and enriched. A city where something is always happening, Paris is also the capital of gastronomy, fashion and shopping.
Being one of the most advanced cities in the European Continent, the city of Paris has everything to enchant and attract the visitors from across the Globe.
The sightseeing in Paris includes -Eiffel Tower,Notre-Dame Cathedral, Champs-Elysees, Arc de Triomphe, The Seine, Opera National de Paris,The Louvre Museum, Musee d’Orsay,Centre Pompidou,Montmartre and Opera districts, Musee des Arts Decoratifs

Versailles – Versailles was created in its entirety by the express will of Louis XIV three centuries ago. Today it remains a historical and artistic treasure unique in the world. The famous sightseeing places in this town include – The national estate of Versailles which includes the Palace of Versailles, the Trianon Palaces, Marie-Antoinette’s Estate, André Le Notre’s French gardens and the Park. Othetr sightseeing includes the Lambinet Museum, the Academy of equestrian Arts, the Montansier Theater, the Real Tennis Court, the Versailles’s Market, the Royal Kitchen Garden.

Nice – The urban area of Nice extends beyond the administrative city limits with a population of about 1 million. The area of today’s Nice is believed to be among the oldest human settlements in Europe. One of the archaeological sites, Terra Amata, displays evidence of a very early use of fire.
Aix en Provence – This is a densely populated city in the region of Provence-Alpes-Côte d’Azur. This small town is also famous for its artwork which related to the 12th century and has lot of attractive fountains on the streets. An institute of Political studies named University de Provence Aix-Marseille is one of the oldest educational institution in the entire France. 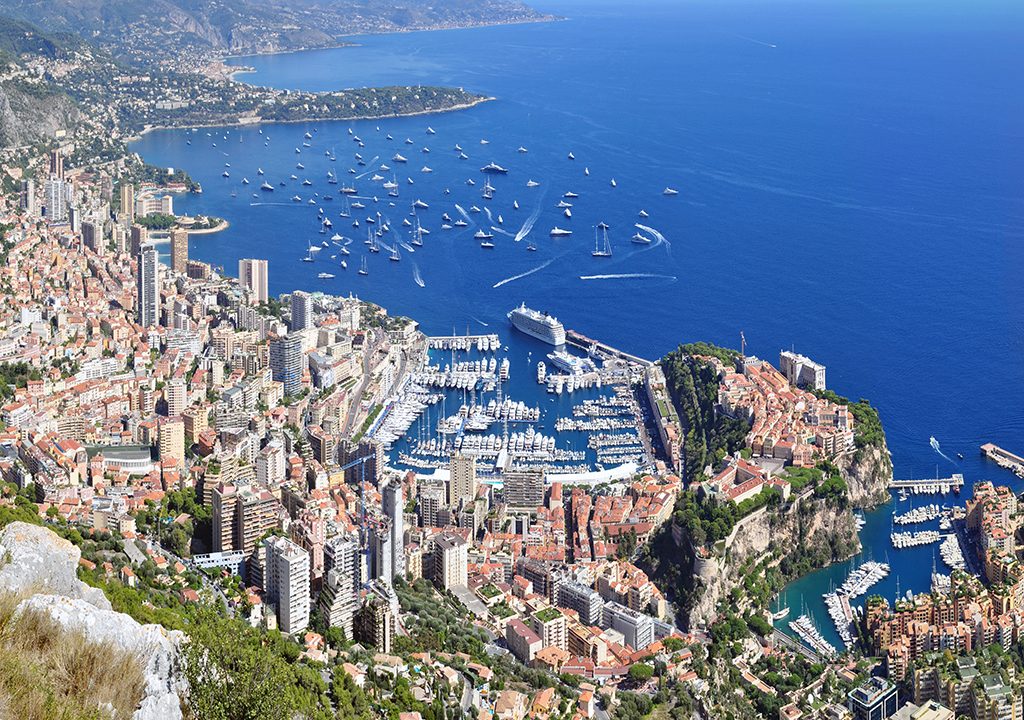