South Africa is one of the most culturally-diverse, bio-diverse, multilingual, multitalented and multifaceted nations on the planet. It is home to some of the world’s greatest icons and everyday heroes including Mr. Nelson Madela. After all, you could always go and read up on the wonderful world of cheese-making, or the history of reverse-psychology. Then again, you might want to discover what South Africa is really about – because under the hype, under the fluff, and under the feet of all the colorful inhabitants of this lovely land, you can expect to find a place that truly offers everything under the sun – lots of sun. South Africa is truly a magical experience to blow your minds off to a completely alien level.

Currency: South African rand (ZAR)
Religion: Christianity.
Climate: South Africa has a generally temperate climate, due in part to being surrounded by the Atlantic and Indian Oceans on three sides, by its location in the climatically milder southern hemisphere and due to the average elevation rising steadily towards the north (towards the equator) and further inland. Due to this varied topography and oceanic influence, a great variety of climatic zones exist. The climatic zones range from the extreme desert of the southern Namib in the farthest northwest to the lush subtropical climate in the east along the Mozambique border and the Indian Ocean. Winters in South Africa occur between June and August.
Best Time To Travel: The perfect time to travel to South Africa would be between the months of May to January. February to April will be hotter

South Africa is essentially a sports nation and hence it is very famous for its Sports Goods and Sports Essentials such as Cricket kit, Football and Soccer kit, and Hockey kit. South Africa also houses few of the finest material made winter and Sports Jackets and will be available especially in Johannesburg and Cape Town. Prices in shops are fixed, but prices in open markets or from street vendors are open to barter. South Africa also houses few of the most inexpensive diamond souvenirs in the World. It is said that the Diamond mines in South Africa gave out quite inexpensive but adulterated Diamonds to the World. Hence these Diamonds are treated for purity and then sent to the local Jewelry shops. South Africa is also a country if one wants to buy real Diamonds, at budget prices.
South Africa is usually not a place to find bargains for most goods. For example, most ordinary consumer goods, electronics, and appliances are all manufactured in China nowadays, while most luxury goods are manufactured in Europe. This means the prices in South Africa will have the cost of transporting them there built-in. However, South Africa is a superior destination for buying African art, curios, and souvenirs which are far more difficult to obtain outside of Africa

South African cuisine is just as diverse as its cultures, with influences from British, Dutch, German, Indian, Malay, Portuguese and some of the native African specialties. The South African cuisine is also well known for its use of olive oil in its food. Few of the famous delicacies ruling its cuisine are – Braaivleis which is meat roasted over an open wood or charcoal fire; Pap which is a porridge made with corn meal; Potjiekoswhich is a meat and vegetable stew made in a cast iron pot over an open fire; Boerewors which is a spicy sausage (Boerewors Rolls are hotdog buns with boerewors rather than hotdogs, traditionally garnished with an onion and tomato relish); Biltong and Droewors which are the seasoned meat or sausage that has been dried. Along with these, certain other delicacies include – Bunny chows, Bobotie, Morogo, Water blommetjiebredie, Masonja, Melktert (milk tart) and Koeksisters, which is a deep-fried sticky dessert.

One can find the enormous array of international fast food outlets all over the Country viz. McDonalds, KFC, Subway, Wimpy, and Cinnabon which are well represented throughout the country. Local franchises worth mentioning are Black Steer and Steers for the best burgers and Nando’s peri peri chicken, from where the famous Peri Peri spices have taken birth. Local beer production is dominated by SABMiller with Castle, Hansa, Black Label and Castle Milk Stout being most popular brands. There are also Micro Breweries all over South Africa. Imported beers such as Stella Artois and Grolsch are also widely available. The Namibian Windhoek brand beers are also popular and generally available. South Africa has a well established wine industry with most of the wine produced concentrated in the Cape Winelands in the Western Cape and along the Orange River in the Northern Cape. Wine is plentiful throughout the country and quite inexpensive.

Bloemfontein –The expression ‘an iron fist in a velvet glove’ is fitting for Bloemfontein, as it is both the judicial capital of South Africa and home to the Supreme Court of Appeals, but is also popularly known as the ‘city of roses’. Translated directly from Dutch, Bloemfontein means ‘fountain of flowers’ or more accurately ‘flower spring’. This beautiful city has a lot to offer for the likes of tourists. Bloemfontein is the sixth-largest city in the country and is the capital of the Free State province.

Durban -is located on the east coast of South Africa in the province of KwaZulu-Natal and in the municipality of eThekwini. It is the third largest city in South Africa and the busiest port in Africa. Durban was originally called Port Natal, and was founded by British settlers. Indian workers were brought in to work the sugar cane plantations, making this one of the largest population centers of Indians in South Africa. Zulu and English are the most common languages in Durban.


Pretoria – Pretoria the administrative capital of South Africa is in Gauteng. The region which is known today as Tshwane Metro Council, with Pretoria (City) at its centre, was allegedly occupied by the Sotho people for many centuries. In Pretoria various historical and cultural buildings can be seen all over the place which may be a familiar sight to many. Pretoria is a significant city not only on the maps of South Africa but also on the map of the entire World. When the Union of South Africa was established in 1910, Pretoria was elected the capital and is still the administrative capital of the Republic of South Africa today.
Cape Town – Cape Town is the second largest city in South Africa and is the capital of the Western Cape Province, as well as being the legislative capital of South Africa (the Houses of Parliament are here). Cape Town is also known as the Mother City in South Africa and also one of the most iconic cities in the world. It is located in the south-west corner of the country near the Cape of Good Hope, and is the most southern city in Africa. It is a stone’s throw from South Africa’s world-famous Cape Winelands around Stellenbosch, Paarl and Franschhoek
Paternoste -Paternoster is a small, traditional fishing village turned holiday destination and fast gaining popularity amongst the foreign tourists for the variety of fishing options it has. It is located on the northern shores of a small cape, Cape Columbine, on the west coast of South Africa.
George– BGarden Route that takes explorers along the coastline roughly between Cape Town and Port Elizabeth is called the small town of George. George lays within the Cape Floral Kingdom, which is World Heritage site because it is one of the richest in flora and fauna species in the world for its size – a delight for flora and fauna lovers. While today the small town of George is the commercial hub of the Garden Route, back in the late 1700s it was a timber outpost for the Dutch East India Company.
Johannesburg – Johannesburg is South Africa’s largest city. The city is the economic hub of South Africa, and increasingly for the rest of Africa. Although estimates vary, about 10% of sub-Saharan Africa’s GDP is generated in Johannesburg. Yet the city’s wealth is unequally distributed among its inhabitants causing the city to have, within its own borders, living conditions varying good to bad at various times. There are many things that are unique to Johannesburg.
Port Elizabeth – It’s one of the biggest cities in South Africa, a laid-back seaport that stretches down Algoa Bay, its harbor crowned by the iconic architecture of the new Nelson Mandela Bay stadium. Known as the ‘Friendly City’ to outsiders, grumblingly as the ‘Windy City’ by residents and simply as ‘PE’ to almost everyone, Port Elizabeth started out as a 1820s British settlers’ town. Today Port Elizabeth is one of the most bustling places in South Africa, but still retains a friendly small town vibe. 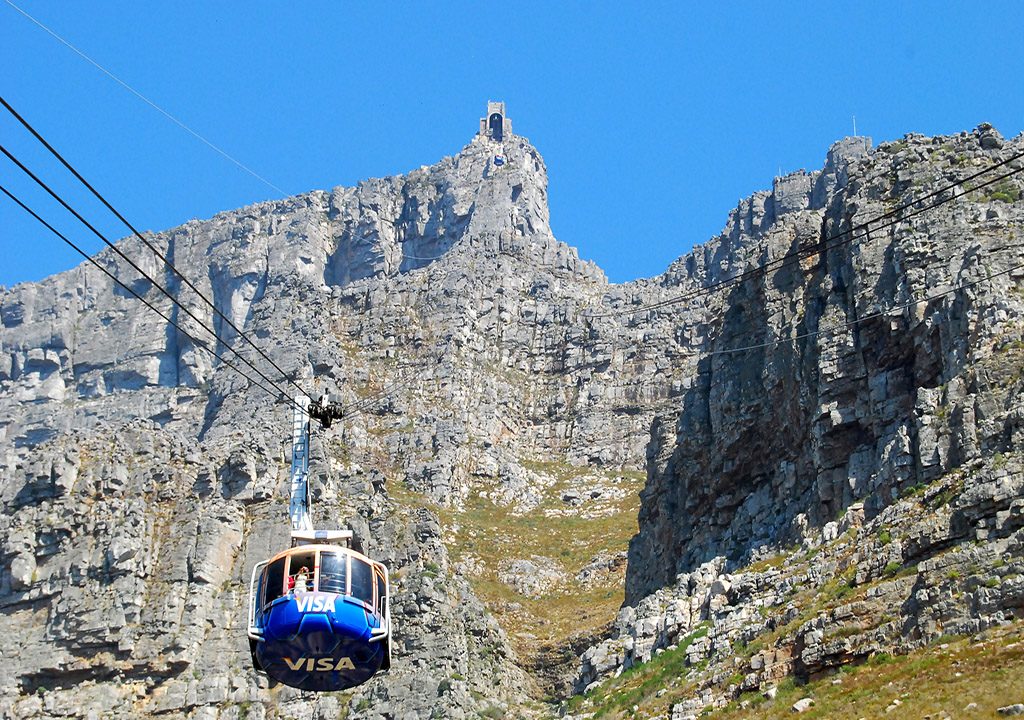 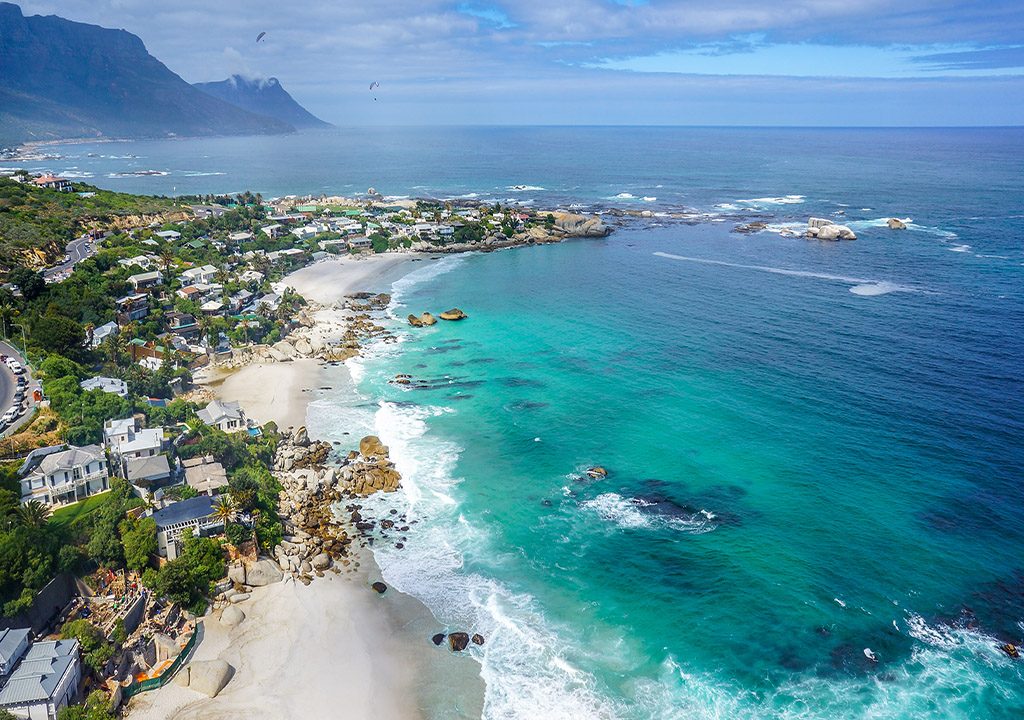 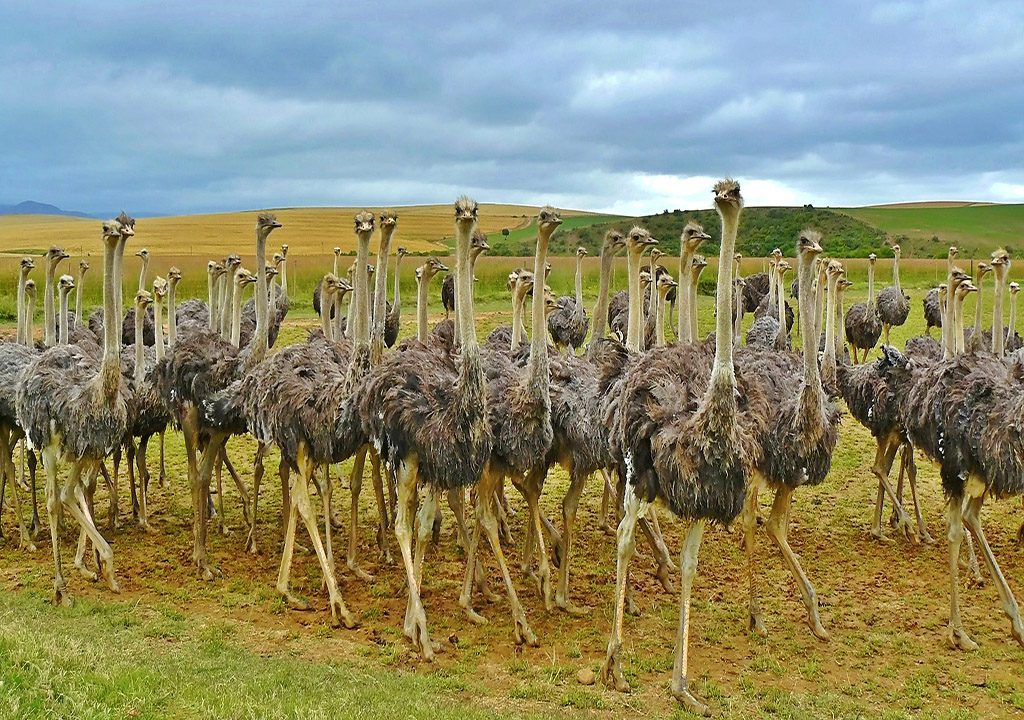