When you think about Europe, which country would you love to visit? Italy? France? Germany? But if you had to club the tastes of all the above three in one, the only interesting and attractive combination would be named Switzerland. A nation said to be the paradise for Honeymoon couples all over the World, boasting grandeur collection of the finest churches, having an unending presence of winter sports over the ice capped Alpine peaks, with scenic beauty oozing out of almost every sight, and with Swiss Rail scraping through the Alpine peaks; you couldnt have demanded anything more imposing and appealing like this magical land of Switzerland. The incendiary nightlife in Zurich and Basel gives you an incentive to complete your unfulfilled wishes on this magical land, if any.Having said everything yet very less, Switzerland is surely one of the finest God given gifts to the world.

Currency: Swiss Franc (CHF)
Religion: Christianity is predominant. No official religion as the Swiss Govt. has declared Switzerland to be secular
Climate: The Swiss climate is generally temperate, but can vary greatly between the localities, from glacial conditions on the mountaintops to the often pleasant near Mediterranean climate at Switzerland’s southern tip. There are some valley areas in the southern part of Switzerland where some cold-hardy palm trees are found.
Best Time To Travel: Switzerland can be best traveled to and enjoyed from March to October

Switzerland is a culturally rich country, the cultural season in Switzerland are therefore very lively and vibrant. With numerous cultural events and festivals taking place, it is a place which lightens up almost all seasons in a year to celebrate the festive moods.

Shopping in Switzerland can be a boon if known from where to shop and what to shop. Switzerland is famous for a few key goods viz. watches, chocolate, cheese, and Swiss Army knives. Watches – Switzerland is the watch-making capital of the world, and “Swiss Made” on a watch face has long been a mark of quality. While the French-speaking regions of Switzerland are usually associated with Swiss watchmakers (like Rolex, Omega, and Patek Philippe), some fine watches are made in the Swiss-German-speaking region, such as IWC in Schaffhausen. Chocolate – Switzerland may always have a rivalry with Belgium for the world’s best chocolate, but there’s no doubting that the Swiss variety is amazingly delicious. Switzerland is also home to the huge Nestle food company. If you have a fine palate and the urge to buy – you can find two of the finest Swiss chocolatiers in Zurich: Teuscher (try the champagne truffles) and Sprüngli. For a good value, try the “Frey” brand chocolates sold at Migros. If you want to try some real good and exclusive Swiss chocolates, go for the Pamaco chocolates, derived from the noble Criollo beans and accomplished through the original, complex process of refinement that requires 72h (quite expensive though, a bar of 125g costs about CHF 8.-).
Cheese – many different regions of Switzerland have their own regional cheese specialty. Of these, the most well-known are Gruyere and Emmentaler (what Americans know as “Swiss cheese”). The original mixture consists of half Vacherin cheese and half Gruyère but many different combinations have been developed since. Swiss Army knives – Switzerland is the official home of the Swiss Army Knife. There are two brands Victorinox and Wenger. Both brands are manufactured by Victorinox. Most shops throughout Switzerland stock Victorinox knifes, even some newsagents stock them. They are excellent gifts and souvenirs. The original “Swiss Army Knife” is not red with a white cross (as usually seen by tourists), but gray with a small Swiss flag. Note that Swiss Army Knives must be packed in hold luggage.

Cuisine Feasts
Swiss cuisine bears witness too many regional influences, including from Italian, French, and German cuisine, and also features many dishes specific to Switzerland. Switzerland was historically a country of farmers, so traditional Swiss dishes tend to be plain and made from simple ingredients, such as potatoes and cheese. There are many regional dishes in Switzerland. Zurcher Geschnetzeltes are thin strips of veal with mushrooms in a cream sauce served with rosti. Italian cuisine is popular in contemporary Switzerland, particularly pasta and pizza. Foods often associated with Switzerland include cheese and chocolate. The most popular cheese dishes are fondue and Raclette. Rosti is a popular potato dish that is eaten all over Switzerland. It was originally a breakfast food, but this has been replaced by the muesli, which is commonly eaten for breakfast. For breakfast and dinner many Swiss enjoy sliced bread with butter and jam. There is a wide variety of bread rolls available in Switzerland. Bread and cheese is a popular dish for dinner.

Tarts and quiches are also traditional Swiss dishes. Tarts in particular are made with all sorts of toppings, from sweet apple to onion. In the Italian speaking part of Switzerland, the Ticino area, one will find a type of restaurant unique to the region. The Grotto is a rustic eatery, offering traditional food ranging from pasta to homemade meat specialties. Popular dishes are Luganighe and Luganighetta, a type of artisan sausages. Authentic grottoes are old wine caves re-functioned into restaurants. Due to their nature they are mostly found in or around forests and built against a rocky background. Typically, the facade is built from granite blocks and the outside tables and benches are made of the same stone as well. Grottoes are popular with locals and tourists alike, especially during the hot summer months. Cervelat is considered the national sausage, and is popular all over Switzerland

Brig – Brig is a municipality in the canton of Valais in Switzerland. The current municipality was formed in 1972 through the merger of Brigerbad and Glis. Its older houses are very much Italian in appearance, while it’s most prominent buildings (Stockalper Palace, former Jesuits’ college and Ursuline convent) all date from the 17th century. The oldest traces of human settlements around Glis were discovered in 1992 and included significant traces of settlements from the Bronze and Iron Ages. The Old and New Stockalperpalast, the Gamsenmauer and the Church of Maria Himmelfahrt are listed as Swiss heritage site of national significance. The entire old town of Brig is part of the Inventory of Swiss Heritage Sites.

Davos – Davos is a winter and summer resort village located in the heart of the Graubunden in the east of Switzerland. In the early 90s, Davos became famous for hosting the World Economic Forum, an annual winter gathering of international politicians and financiers who represented transnational elite and discussed on various agendas on the same. Together with the nearby town of Klosters, Davos offers a wide variety of winter sports activities, and summer hiking trails, set amidst the stunning Alpine ranges
Engelberg -Engelberg is a municipality in the canton of Obwalden in Switzerland. The ski terrain is largely for advanced skiers, and although there are some easy places to ski, beginners should be wary of some challenging terrains and non-uniformity. It is a snow-sure ski resort, with an unusually long season, generally opening for skiing at the start of October and remaining open until the end of May. The main sights of Engelberg are Mount Titlis, Mount “Hahnen”, Engelberg Abbey, a Benedictine monastery, the museum of the valley, a number of old chapels. Scenes from many Bollywood films are shot at Engelberg, and the area is consequently very popular with Indian tourists.
Gstaad – Gstaad is a village in the German-speaking section of the Canton of Bern in southwestern Switzerland. It is part of the municipality of Saanen and is known as a major ski resort and a popular destination amongst the elite crowd and the international tourists. The winter campus of the world renowned Institute Le Rosey, is located in Gstaad. Glacier 3000 is the only major sightseeing option in this small town. It is a company that operates several cable cars and ski lifts in the region of the Diablerets in western Switzerland. It connects the Col du Pillon (1,546 meters) from the Scex Rouge (2,950 meters). The company also operates ski lifts on the Tsanfleuron Glacier, giving different tourists, different varieties of ski lifts which would match their choice.

Interlaken – Interlaken is a small city in the Bernese Highlands Region of central Switzerland. Located between two Alpine Lakes (Brienzsee and Thun), Interlaken is a popular base camp for outdoor sports and travel in the surrounding Bernese Oberland Alps. Interlaken itself is a superb holiday destination and has been attracting tourists from all over the world repeatedly. Many adventure enthusiasts will find lots of activities here Viz. hiking, sailing, Boat Trips, Biking, Skydiving, Snowboarding.
Lausanne – – It the capital of the Swiss canton of Vaud, is a medium sized city which sits at the northern most point of Lake Geneva). The city is the host to the International Olympic Committee and two major universities. It is also the transportation hub of Vaud, and a gateway to the alpine Canton of the Valais, home to some of the best known ski slopes in the world. Lausanne is a French speaking city like Geneva.
Lucerne – It is a beautiful small city in the heartland of Switzerland, across the lake from Altdorf, where legend has it William Tell shot an apple off of his son’s head. In addition to being a fine place to visit in and of itself Lucerne is a great base from which to explore famous Swiss sites such as Mount Rigi and the Rütli Meadow.
Lugano -Lugano is a lakeside city in Ticino, the Italian-speaking part of southern Switzerland. Part of a temperate micro-climate, Lugano offers palm trees, picturesque boulevards, stunning views of the lake and the Alps, and plenty of opportunity for activities including outdoor and indoor activities. The city is a pleasant place to relax in the summertime and is only half an hour away from Lake Como. 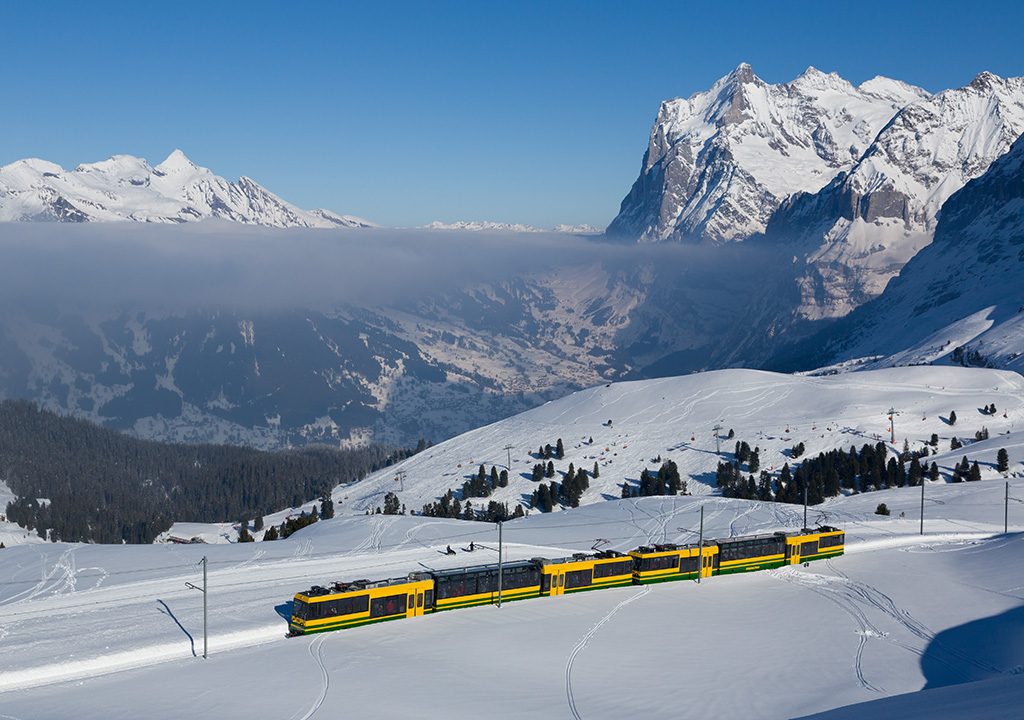 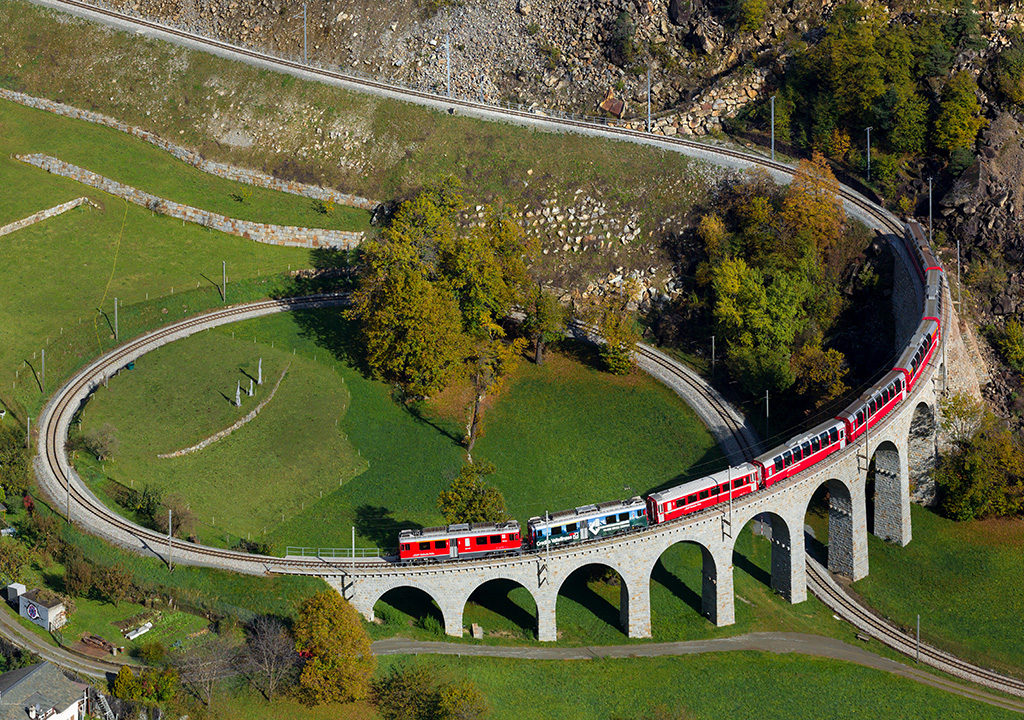 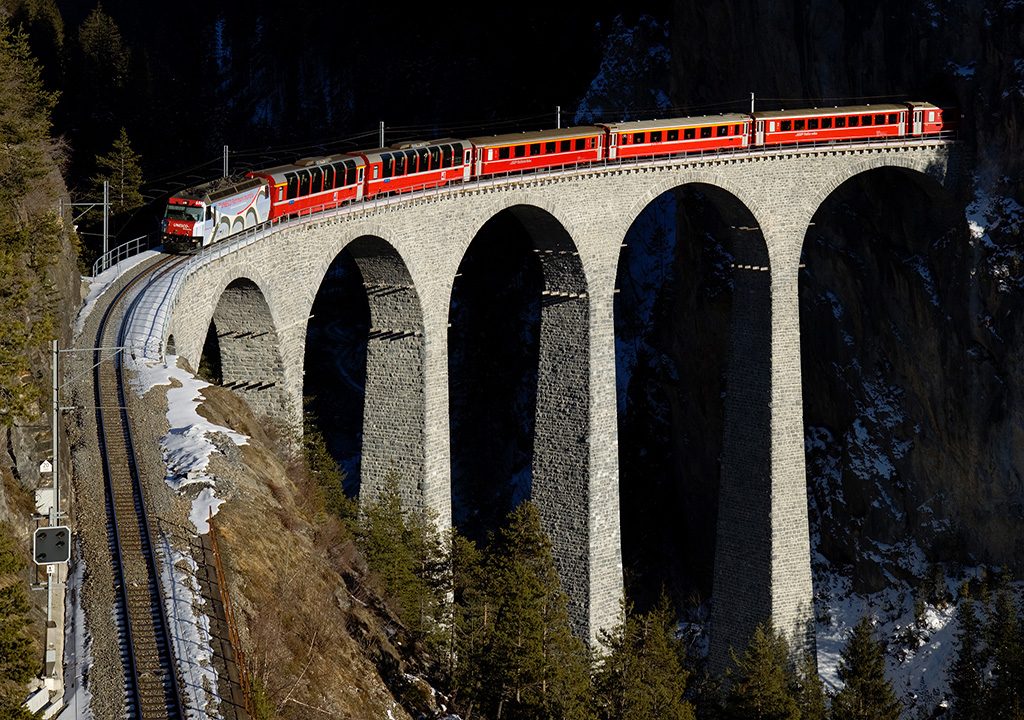 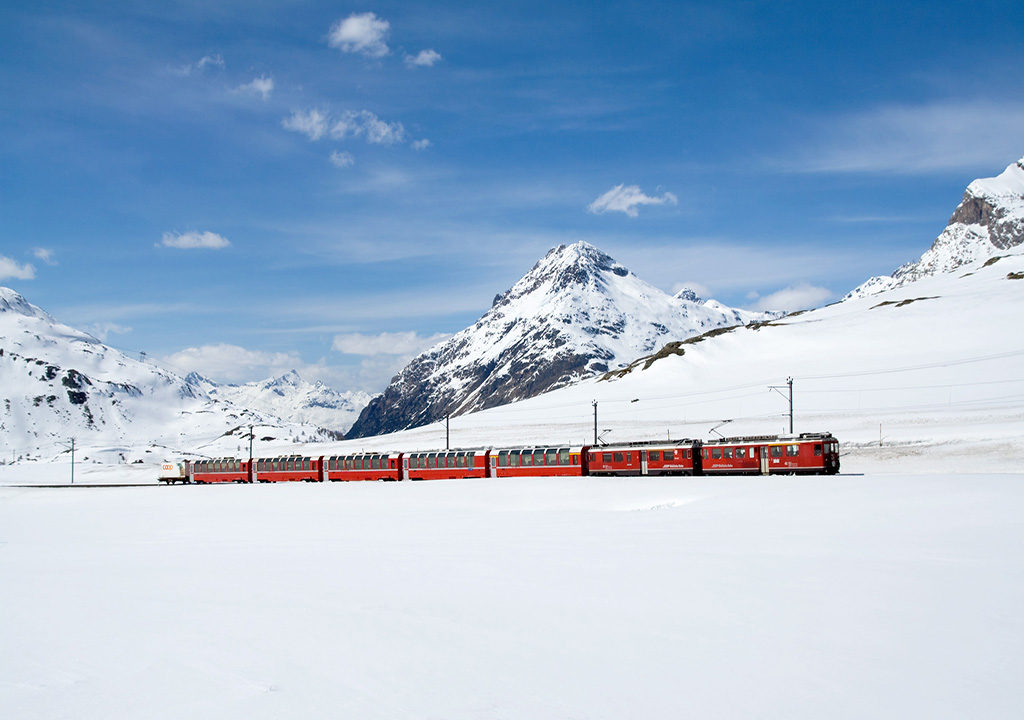 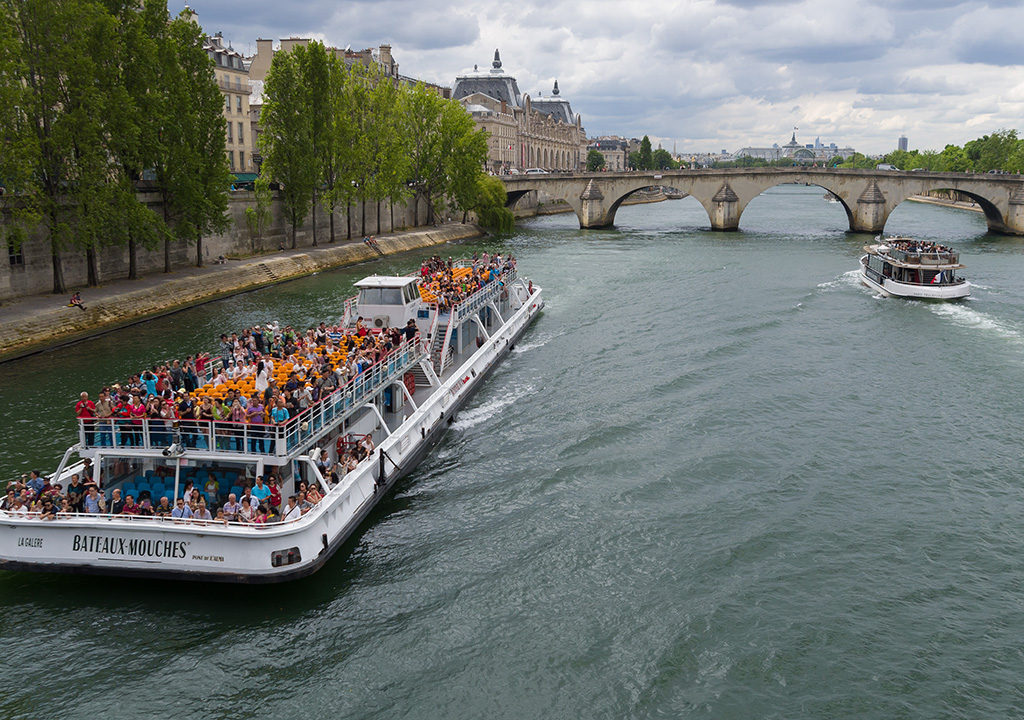 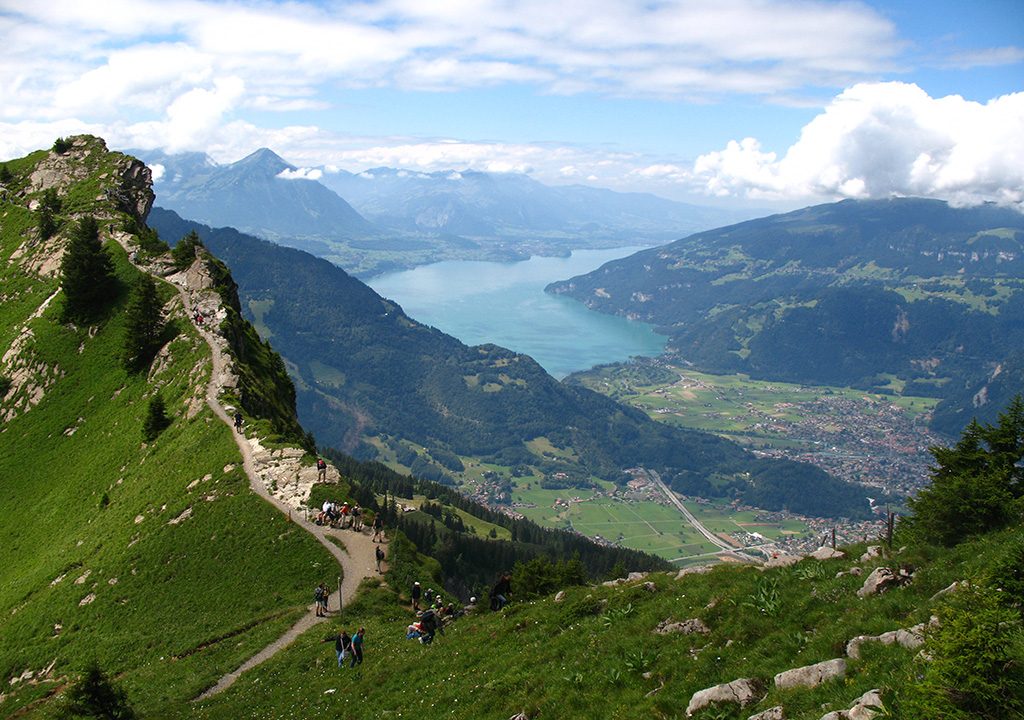