For the ones who are constantly looking on to have a blissful conglomerate of Mediterranean climate with the modern civilization, Turkey is the place to be at! A richly historical land with some of the best cuisine you will ever taste, one of the world’s greatest cities and scenery from white-sand beaches to soaring mountains, Turkey is not just a venue, it is the destination for travel lovers. Turkey’s richness in heritage comes from the fact that its citizens are unarguably proud of the cultural and heritage reserves to which the entire World lauds in appreciation. To which the World will keep saying a “wonder”, that will undoubtedly be Turkey. It’s hardly surprising that Turkey has attracted so many folks over the centuries. Come and discover their legacy for yourself.

Currency: Turkish lira (TRY)
Religion: Islam (Turkish Govt. is secular with no official state religion)
Climate: The coastal areas of Turkey bordering the Aegean Sea and the Mediterranean Sea have a temperate Mediterranean climate, with hot, dry summers and mild to cool, wet winters. The coastal areas of Turkey bordering the Black Sea have a temperate Oceanic climate with warm, wet summers and cool to cold, wet winters. Snow does occur on the coastal areas of the Sea of Marmara and the Black Sea almost every winter, but it usually lies no more than a few days. Winters on the eastern part of the plateau are especially severe. Temperatures of -30 degrees to -40 degrees can occur in eastern Anatolia. Summers are hot and dry, with temperatures generally above 30 degrees in the day
Best Time To Travel: Turkey can be best enjoyed in between April to June and September to November

Shopping in Turkey is irresistible for the wide range of unique and beautiful crafts available in this country. Shopping in Turkey is both entertaining and satisfying to the core. One can gain a lot in terms of experience along with the pleasure of possessing some of the most prized items in the world. One’s trip to Turkey is incomplete if he comes home without a Turkish carpet as a keepsake. Turkish carpets are either knotted or flat woven. It is a form of craft prevalent in Turkey since ancient times. Today they are the most popular shopping item for foreigners. An exquisite piece of gold and silver jewelry, with or without stone setting, is something you should look for. Surprisingly, although the prices of gold and silver are fixed internationally, jewelry items in Turkey are cheaper than in other places. Turkey is also famous for its leather goods. In fact, some of the finest leather items manufactured in Turkey often find their way to shops in Central and Western Europe.
Another unique souvenir that you can pick up from Turkey is a Meerschaum pipe. When wet, this becomes soft and pliable enough to be carved into pipes. These pipes are so interesting that you will easily be enticed to buy one even if you are not a smoker. Traditional hand painted ceramics and porcelain made in Iznik, Istanbul and Kutahya, make attractive gifts items to carry back home. The most famous place for shopping in Turkey is the Grand Covered Bazaar of Istanbul. It was built by Sultan Mehmet and has undergone many changes until the 17th Century. It is worth visiting the Grand Bazaar just for the experience it provides. It covers 65 streets with around 3300 shops.

Turkish cuisine combines Mediterranean, Central Asian, Caucasian, and Arabic influences, and is extremely rich. Beef is the most important meat, and eggplant (aubergine), onion, lentil, bean; tomato, garlic, and cucumber are the primary vegetables in Turkey. An abundance of spices is also used. The main staples are rice, bulgur wheat and bread, and dishes are typically cooked in vegetable oil or sometimes butter. A full Turkish meal at Kebab restaurant starts with a soup, often lentil soup and a set of meze appetizers featuring olives, cheese, pickles and a wide variety of small dishes. The main course is usually some form of meat: a common dish type and Turkey’s best known culinary export is kebab which is grilled meat in various forms including the famous doner kebap (thin slices of meat shaved from a giant rotating spit) and siskebab (skewered meat), and a lot more others. Kofte (meatball) is a variation of the kebab.

Vegetarian restaurants are not common, but can still be found only in very central parts of big cities and some of the tourist spots. However, every good restaurant offers vegetable dishes, and some of the restaurants offering traditional home food have olive-oil specialties which are vegetarian in content. Some Turkish desserts are modeled on the sweet and nutty Arabic kind. There are also many more kinds of desserts prepared using milk predominantly, such as kazandibi, keskul, muhallebi, sutla, tavuk gogsu, gullac etc. Ayran is a popular drink of water and yoghurt not unlike the Finnish/Russian buttermilk or Indian lassi, but always served without sugar (and, in fact, typically with a little salt added). A version loved by the locals, kopuklu ayran is a delicacy if one is travelling by bus over the Toros (Taurus) Mountains.

Ankara – The capital city of the country Turkey, the city of Ankara lies in the center of Anatolia on the eastern edge of the great, high Anatolian Plateau, which is a predominantly fertile wheat steppe-land with forested areas in its northeast region and agricultural lands in its south. The city is well connected to the other parts of the country by highways and rail roads, besides there is also a big international airport. Ankara’s population in 2012 is almost 5 million, so that makes it second largest city in Turkey. Ankara is generally a formal city because of the parliament and heads of the state residing here. But there are many interesting museums and sites to visit in Ankara, a skiing center nearby, and a fine nightlife.

Antalya – Antalyais a city in the southwest part of Turkey in the Mediterranean coast. It consists of long sunny beaches, historical sites, narrow winding streets, palm-lined boulevards, and Turkey’s finest restaurants. Its terrain is quite unique for being in the coastal cliffs and surrounded by mountains.
Bursa -Bursa lies in the northwestern part of Turkey near the Sea of Marmara, about 20 km inland. Bursa was the first major city the Ottomans, who started as a small emirate in the countryside just east of Bursa, had taken control of. As such, it served as the first capital city of the Ottoman Empire, from 1326, when it was captured from the Byzantines, to 1365, when the capital was moved to Edirne in European Turkey, as sultans started to turn their attention to Europe. Most of the historic sights of the city date back to this early period of the Ottomans.
Bodrum – Bodrum is a city in the southwest part of Turkey popular with tourists from all over the world. It is a Turkish port town formerly called Halicarnassus. It is famous for its resort tourism and yachting activities. It has a rich culture and history as like any other Turkish land. It is also the birthplace of Herodotus, the “Father of History.”

Cappadocia –Cappadocia is generally regarded as the plains and the mountainous region of eastern central Anatolia spread over an area of 100 square kilometers and conically shaped naturally formed white rock mountains. It was here that several ancient highways crossed and different cultures came into contact with each other. The sparsely inhabited landscape of Cappadocia is characterized by red sandstone and salt deposits of the ancient period. Apart from cereals, Cappadocia is best known for potatoes, fruits, wine and a lot of vegetarian food. Here you can taste some of the best examples of Turkish Cuisine.
Marmaris – The town of Marmaris is located at the convergence of the Aegean Sea and the Mediterranean Sea. Marmaris is one of the largest natural harbors in the world and is surrounded by mountainous regions. Marmaris is one of Turkey’s biggest holiday resorts. The town is 60 kilometers from the provincial capital of Mugla and the mountainous nature of the surrounding countryside means that the interest in forestry and scenery plays an important part in the city’s economy.
Kusadasi – Kusadasi is a coastal resort town in the Aydin Province of Aegean Turkey. It has become a popular holiday resort, especially for visitors from Northern and Western Europe. It has about 50,000 residents, although that grows significantly during the high season months of May to October. Kusadasi has retained a rustic originality to itself and inexpensive meals and pensions can still be found in town. Many shops do a brisk trade with passengers from hundreds of cruise ships that halt for certain period of time, allowing enough time for a trip to Ephesus and a shopping expedition. There are also many hostels, discos, bars, cafes, pubs and “Turkish Nights”; all those to cater to the holiday lovers and tourists looking for a ravishing nightlife. 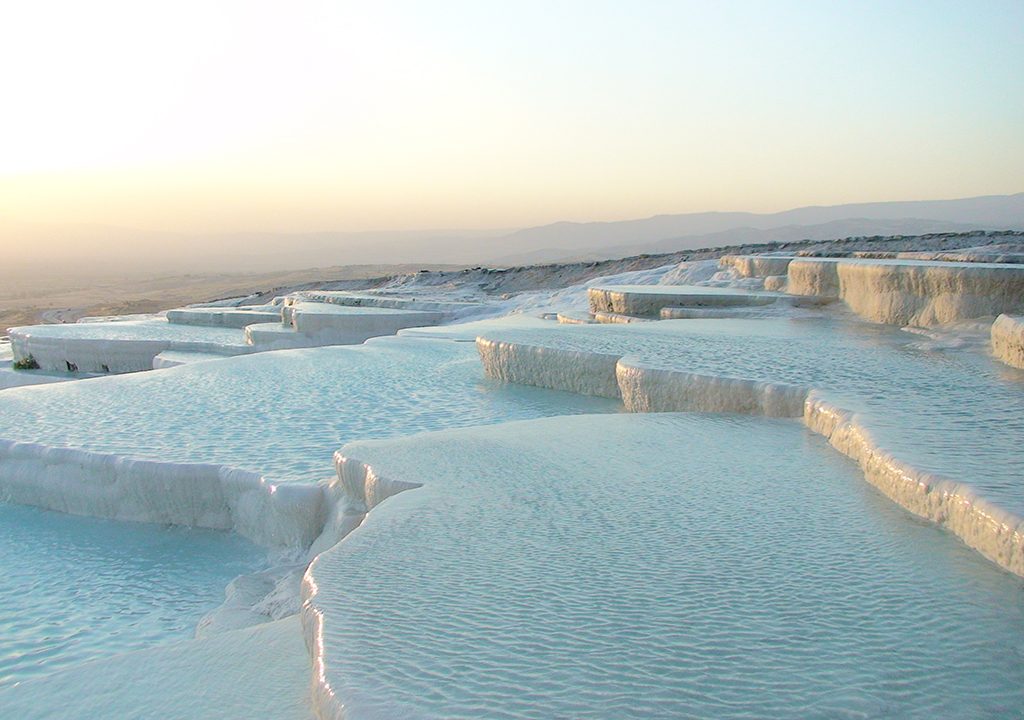 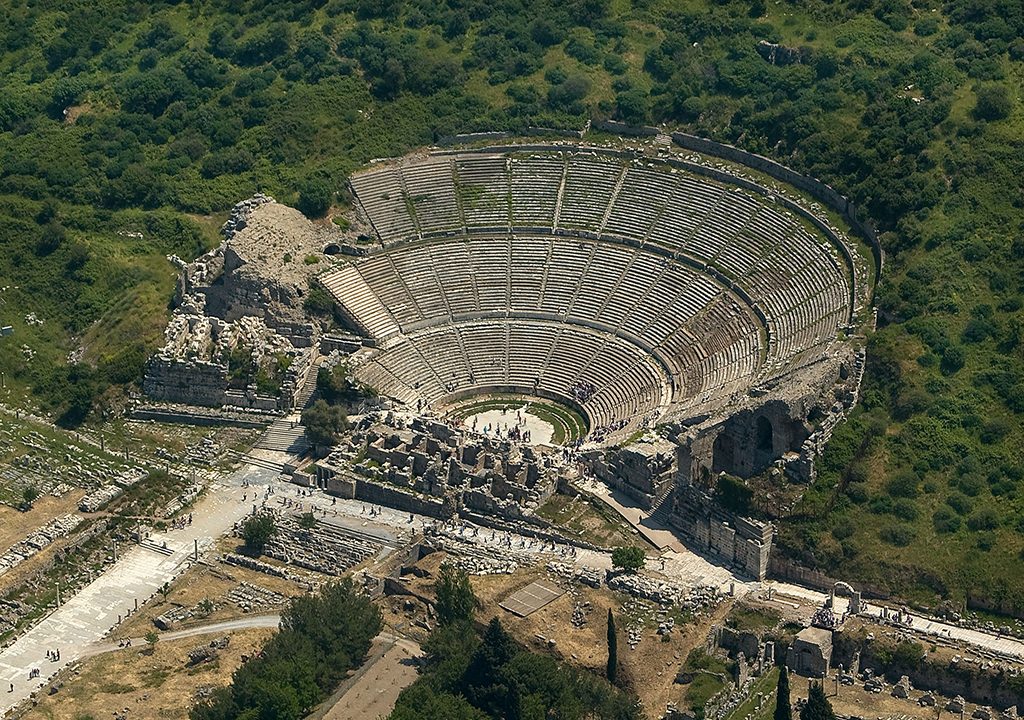 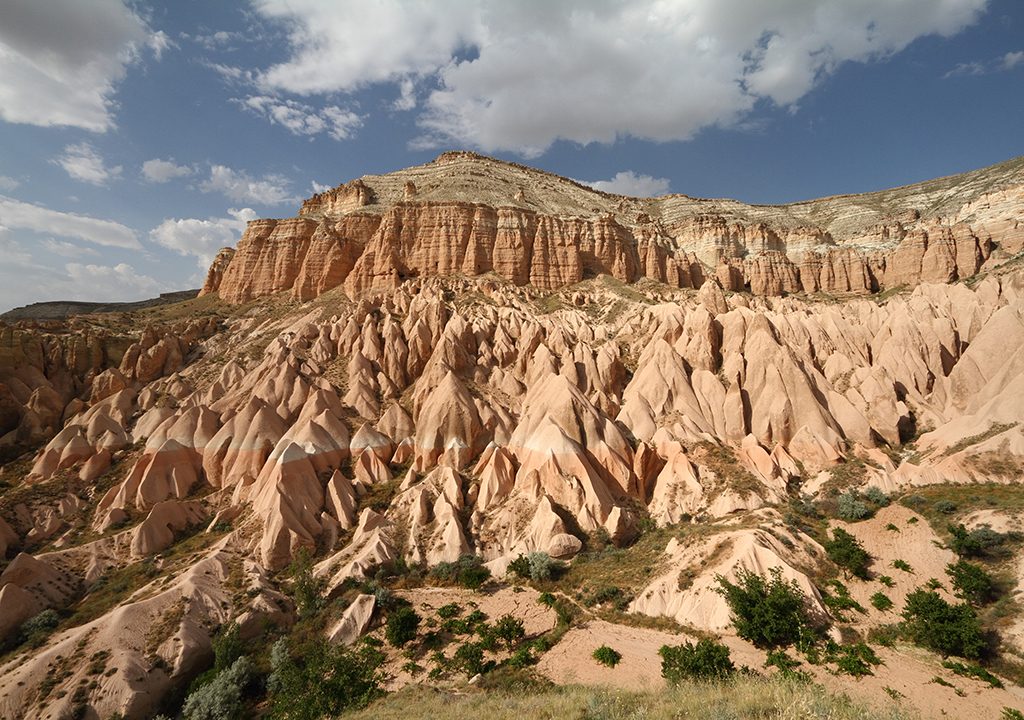 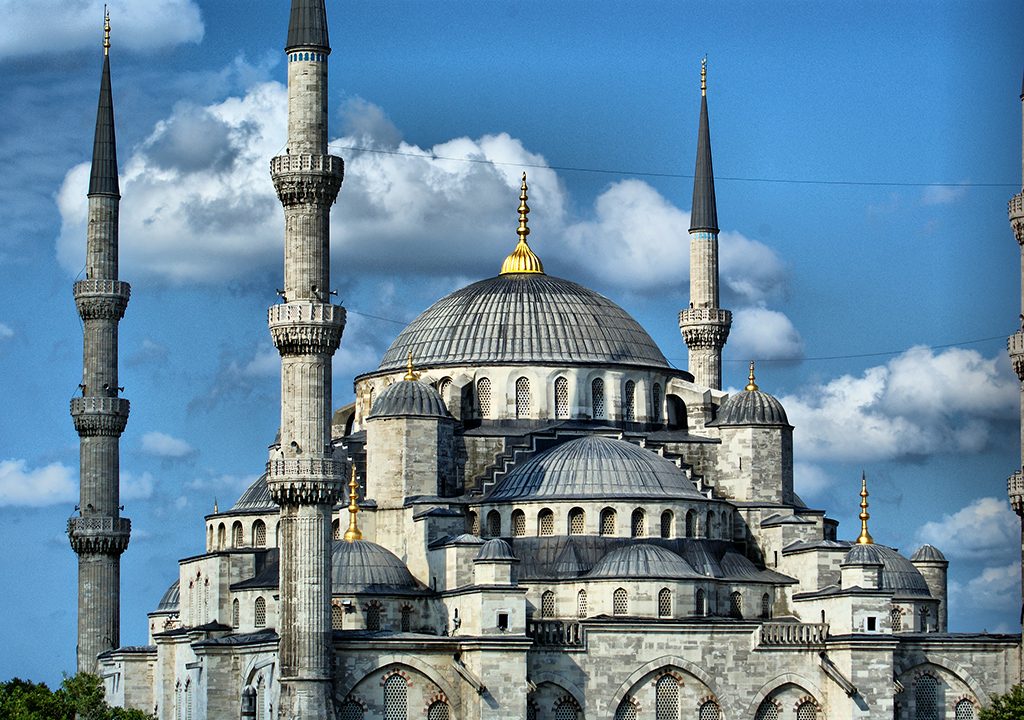