A country, an Island, a continent, a Sovereign state…. Australia is all about the description whichever way you turn it. Most Australians live along the coast, and most of these folks live in cities. In fact, Australia is the 18th-most urbanized country in the world, with around 70% of Australians living in the 10 largest towns. Sydney, the sun-kissed Harbor City, is a glamorous collusion of beaches, boutiques and bars. Melbourne is all arts, alleyways and Australian Rules football. Brisbane is a subtropical town whereas Adelaide has festive grace all round the year. Perth has a lot of beaches to escape to, Canberra transcends political agendas. If you’re looking for contrast, the towns of Darwin and Hobart couldn’t be more pleasing. The Foster brand of beers has come from Australia. Moreover, Australia has a stalwarts experience in many forms of sports, making it one of the most significant contributors to major sports awards, exhibitions and tournaments all over the World. What more, explore Australia and get enchanted to the core!

Currency: Australian Dollar(AUD)
Religion: There’s no official religion in Australia. However Christianity is predominant.
Climate: The climate of Australia is significantly influenced by ocean currents, including the Indian Ocean Dipole and the El Nino-Southern Oscillation, which is correlated with periodic drought, and the seasonal tropical low pressure system that produces cyclones in northern Australia. These factors induce rainfall to vary markedly from year to year. Much of the northern part of the country has a tropical predominantly summer rainfall (monsoon) climate. The southwest corner of the country has a Mediterranean climate. Much of the southeast (including Tasmania) is temperate.
Best Time To Travel: England can be best traveled to and enjoyed from March to November

Australia is a culturally rich country, the cultural season in Switzerland are therefore very lively and vibrant. With numerous cultural events and festivals taking place, it is a place which lightens up almost all seasons in a year to celebrate the festive moods.

Australia isn’t one of the world’s great shopping countries, although the variety and quality of goods on offer has improved considerably in the last few decades and the major cities can now hold their own with most countries. However, there’s a reasonable choice of chain, department and international stores in the major cities, and exclusive boutiques and chic stores abound in arcades and shopping centers. Consumers haven’t always had the best deals in Australia, where cartels and protectionism has increased prices in the past, although things have improved considerably in the last decade or so. The price of many consumer goods such as cameras, computers, electrical apparatus, household appliances, and TV and stereo systems has fallen dramatically in recent years, although you may still be better off buying some items abroad, e.g. in the US.

In stark contrast to the cities, small country towns are likely to have only a general store and a few other shops. Prices are also necessarily higher in rural areas owing to freight costs, and most people who live in the country stock up on goods and buy expensive items when visiting a city or large town, or shop by mail-order or via the internet.

Vegemite, a salty yeast-based spread, is one of the most common dietary supplements you can see here. Australians are quite used to the taste, and may spread the Vegemite very thick; but this is not recommended for first-timers. The Tim-Tam is a chocolate fudge-filled sandwich of two chocolate biscuits, all dipped in chocolate. You can buy a packet (or two) from any supermarket or convenience store. The lamington is a cube of sponge cake covered in chocolate icing and dipped in desiccated coconut. It’s named after Lord Lamington, who served as Governor of Queensland from 1896 to 1901. ANZAC biscuits are a mix of coconut, oats, flour, sugar and golden syrup. They were reputedly sent by wives and care organizations to world war soldiers in care packages. Damper is traditional soda bread that was made by drovers and stockmen. A pie floater is a South Australian dish available around Adelaide. It is a pie inverted in a bowl of thick mushy pea soup. Similar pie variations are sometimes available in other regions.

A Chiko roll is a deep-fried snack inspired by the egg roll or the spring roll. Despite the name, it contains no chicken. Its filling is boned mutton, vegetables, rice, barley, and seasonings. Its shell is thicker than an egg roll, meant to survive handling at football matches. Available anywhere you can buy fish and chips. Eating vegetarian is quite common in Australia and many restaurants offer at least one or two vegetarian dishes. Some will have an entire vegetarian menu section. Vegans may have more difficulty but any restaurant with a large vegetarian menu should offer some flexibility. Sydney and Melbourne in particular cater well for vegans and vegetarians with a large number of purely vegetarian restaurants, vegan clothing stores and vegan supermarkets. The famous beer brand named “Fosters” is derived from Australia. Australia also produces quality wine on a truly industrial scale, with large multinational brands supplying Australian bottle shops and exporting around the world

Canberra – Canberra is the purpose built capital city of Australia, located in the Australian Capital Territory in the south-east of New South Wales. It is a well planned city, with national monuments, museums, and galleries all built around large man-made lakes. A bush capital – Canberra is also a great place to enjoy the outdoors, with excellent cycling, gardens, parks, and bushwalking and nature reserves.

Adelaide – Adelaide is the capital city of South Australia. In Adelaide, you can enjoy stylish architecture, boutique shopping, sandy swimming beaches, fabulous arts events, nightlife, fine dining, and some of Australia’s best café strips. Population is slightly over 1 million, which makes it Australia’s fifth largest city and by far the largest city in the otherwise sparsely populated state. Adelaide is centrally located among the wine regions of McLaren Vale, Barossa Valley and Clare Valley, all of which are within day-trip distance. Unlike the other state capitals of Australia, Adelaide has never been a convict settlement, and was settled entirely by free settlers since its founding.

Brisbane – Brisbane is the capital of the state of Queensland. It has a population of about 2 million people, making it the third-largest city in Australia. It’s a positive attitude and creative confidence that makes Brisbane a genuine new-world city. Even though Brisbane is rapidly developing and forward-thinking, it maintains a youthful enthusiasm and has what is arguably the most vibrant, laid back and friendliest atmosphere of any east-coast capital city. Gaining international exposure during the 1982 Commonwealth Games, the 1988 World Expo and the 2001 Goodwill Games, Brisbane’s year-round warm climate, spectacular scenery and pleasant locals has been the draw-card for many domestic and international visitors, making Brisbane the fastest-growing city in Australia.

Cairns – Cairns is the gateway to the Great Barrier Reef in Far North Queensland, Australia. Cairns is a cosmopolitan city with a population of approx. 140,000 that is much focused on the tourist industry; particularly popular with international tourists. Japanese tourists are especially catered for, with many shops’ signs being written in Japanese, as well as English. The city is surrounded by rainforest and can be used as a gateway to destinations such as Kuranda and the Daintree. Besides tourism, the city is supported by agricultural activities which include sugar cane, bananas, coffee, tea and the world’s first tropical fruit wine region.

Perth – Perth is the capital city of Western Australia and is the most isolated capital city of over 1,000,000 people in the world. The many uncrowded beaches along the Perth coastline define the lifestyle: Perth is laid-back, quiet and safe. Despite its isolation and relatively small population, Perth is a surprisingly culturally diverse city. Due to the high rate of migration to Perth, slightly less than half of Perth’s residents were born outside Australia. Its proximity to Southeast Asia and Africa has led to an influx of migrants from countries such as Malaysia, South Africa and Thailand, and this is reflected in the diversity of cuisine available in Perth.

Melbourne – Melbourne is Australia’s second largest city, and the capital of the south-eastern state of Victoria, located at the head of Port Phillip Bay. Melbourne is Australia’s cultural capital, with Victorian-era architecture, extensive shopping, museums, galleries, theatres, and large parks and gardens. Its 4-million residents are both multicultural and sports freak. Reasons to visit Melbourne include attending major sporting events, to use it as a base for exploring surrounding regions such as Grampians National Park, The Great Ocean Road, and to visit Phillip Island to view the penguin parade.

Sydney – is known as the Harbour City. It is the largest, oldest and most cosmopolitan city in Australia with an enviable reputation as one of the world’s most beautiful and livable cities. Brimming with history, nature, culture, art, fashion, cuisine, design, it is set next to the miles of ocean coastline and sandy surf beaches. Recent immigration trends have led to the city’s reputation as one of the most culturally and ethnically diverse cities in Australia and the world. The city is also home to the Sydney Opera House and the Sydney Harbour Bridge, two of the most iconic structures on the planet.

Gold Coast – Gold Coast is a coastal city in the southeast corner of the state of Queensland in Australia, located between the state capital of Brisbane to the north and the New South Wales state border to the south. The Gold Coast has long been a high-profile tourist destination for Australians and overseas travelers, with Surfers Paradise being the hub of tourist activity. 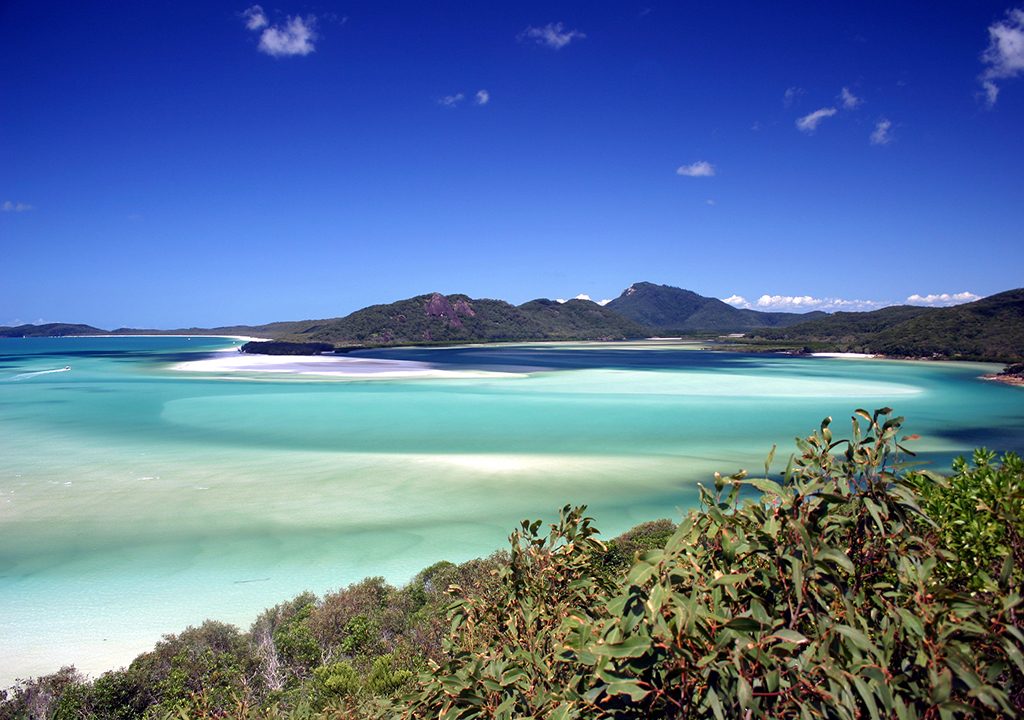 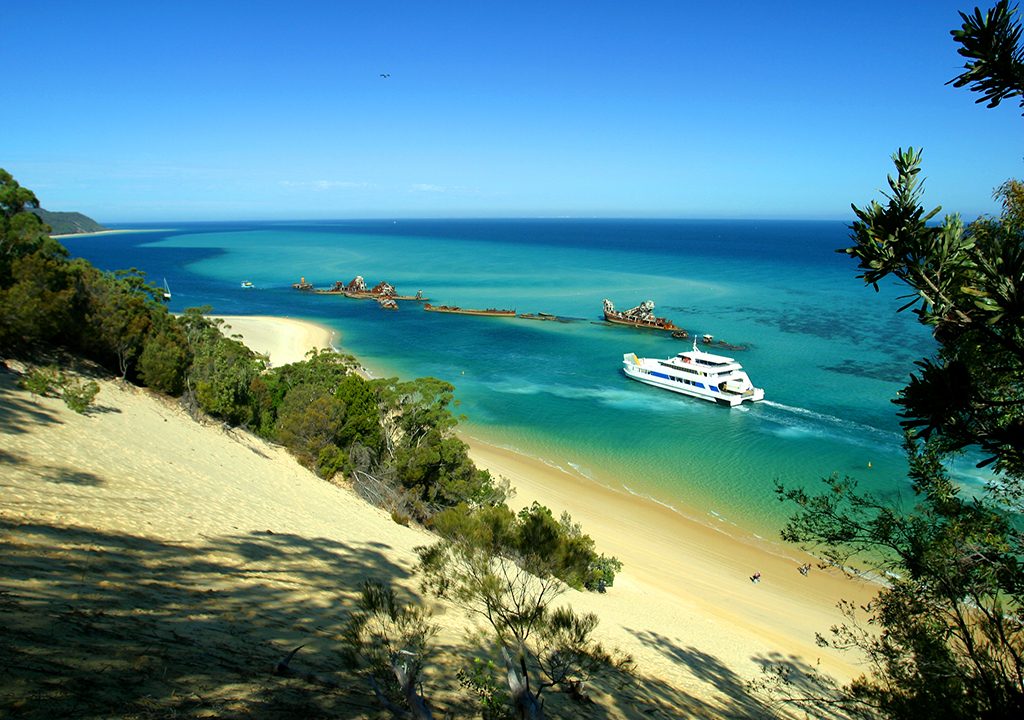 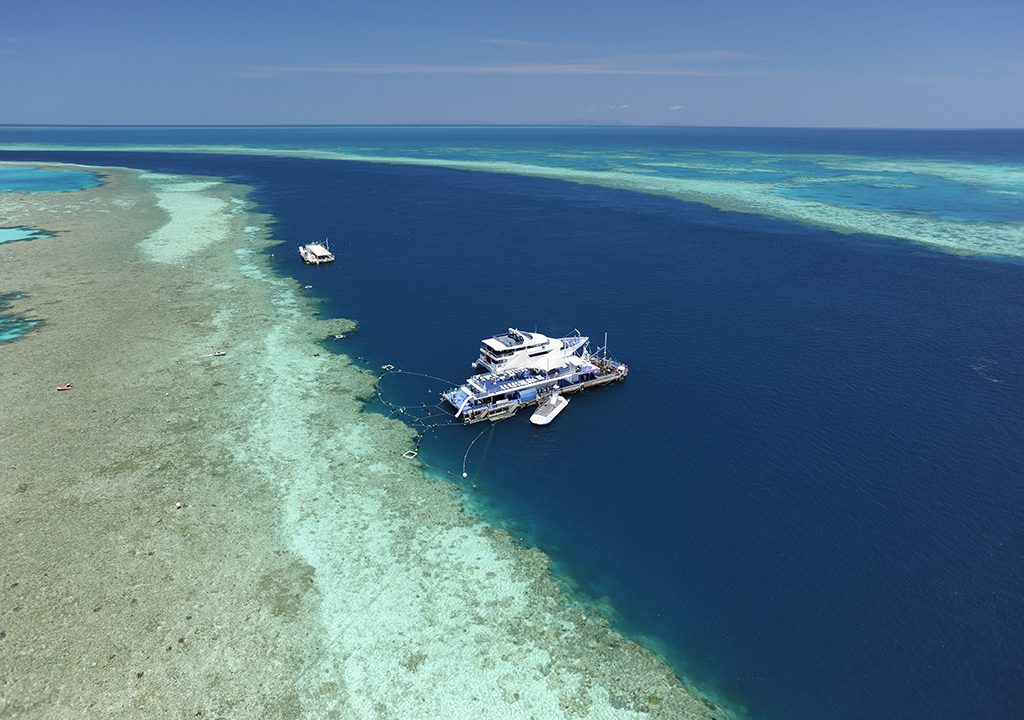