In the turquoise waters of the Indian Ocean having cobalt blue sea water beds, lay the magical waters of the Island named Mauritius. The scorching heat being an icing on its beauty, Mauritius are one of the few islands which will reassure you of something exciting every time you explore a new destination. Being a one stop destination for almost every leisure trip, this Island is loaded with historic sites, cultural diversity, geographic variation and almost limitless activities to take you away from the daily grind of chores. Perhaps its single biggest asset is the relaxed charm of its warm and welcoming people.

Currency: Mauritian Rupee (MUT)
Religion: Hinduism, Christianity, Islam.
Climate: Situated near the tropic of Capricorn, Mauritius has a tropical climate. The warm & humid season is from November to April, with a mean temperature of 24.7 degrees and a relatively cool dry winter is from June to September with a mean temperature of 20.4 degrees. The warmest months are January and February with average day maximum temperature reaching 29.2 degrees and the coolest months are July and August when average night minimum temperatures drops down to 16.4 degrees
Best Time To Travel: Mauritius can be traveled to and enjoyed all round the year.

Mauritius is not at all like Bali or Thailand. Don’t expect the local merchants to be interested in a long bartering game. There are bargains to be had however. Many large brand names in the textile world are manufactured in Mauritius and you can often find over runs or slightly flawed items at a fraction of the European prices. It is also a good place to find unique designed jewelry, wide range of hand crafts such as: artificial flowers, model boats, wooden art and more. It is possible to reach the main shopping centers by public transportation, or to take a full day shopping tour which includes a driver to take you to the main centers and handcrafts workshops.

Mauritius is a paradise for the taste buds. Culinary traditions from France, India, China and Africa, the best-known and appreciated cuisines in the world, have been passed on through generations. Depending on the region, rice or a variety of flat bread called chapattis or rotis which are called farata (paratha) by the local people is eaten with curries. The extensive use of spices like saffron, cinnamon, cardamom, and cloves and herbs like thyme, basil, and curry leaves are the common ingredients that provide some powerful taste to the food. Dals, a variety of lentil soup, are many and varied according to which type of lentil is used. Vegetables, beans, and pickles accompany the dishes on almost every occasion.

Biryani from Mughal origins is a dish expertly prepared by the Muslim community, with meat mixed with spiced rice and potatoes. One can buy many snacks on the streets of Mauritius including the famous gateaux piments (a variant of the indian vadai ), and vegetable or meat puffs, along with octopus curry in bread. The tomato and onion based dish called Rougaille is a variation of the French ragout. The dish usually consists of meat or seafood and all Mauritians eat this dish often if not daily. Mauritians are also fond of sweets and make many types of ‘gateaux’, as they are called. They have varied cakes very much like those in France and others similar to Indian sweets like Gulab Jamun and Rasgulla among many others.

Port Louis – Port Louis is the Capital city of Mauritius and is a district in itself. It is the most populous city of the country. It is also the Economic and Political Capital of Mauritius. The economy of the city is mostly dominated by its financial centre, port facilities, tourism and the manufacturing sector which includes textiles, chemicals, plastics and pharmaceuticals. It drives over 30% of the Country’s economy with the revenues coming majorly from Tourism and Shopping streets in the City

Ile Aux Cerfs – – Ile Aux Cerfs is an Island near the East coast of the island of Mauritius. The Island is the property of a five star hotel named The Touessrok Hotel. It consists of a Golf Course, and a couple of beautiful beaches. The Ile Aux Cerfs beach has lots of water sports activities which attract tourists and adventure enthusiasts to visit the Island on a regular basis. Ile Aux Cerfs is one of the most popular and most visited destinations in Mauritius
Ganga Talao –Ganga Talao also known as the Grand Bassin is a crate lake located in the serenity and seclusion of the mountain area in the district of Savanne. Initially unexplored, this destination is now open to a lot of tourists and is recently gaining lots of popularity for its religious connection with the Hindus. There is a Lord Shiva Temple, followed by Lord Hanuman and Goddess Lakshmi Temple situated on the banks of this lake. During the nights, this lake is lightened up and looks almost like a palace with divine intervention and religious values.


Chamarel – Chamarel is a small village in the southwest of Mauritius which is primarily known for its scenic locations and natural attractions in its neighborhood. These scenic locations are highly praised by the tourists visiting these small Islands for the want of experiencing serenity with scenic beauty. Among these sightseeing locations are the Seven Colored Earths, The Chamarel , Black River Gorges National Park. The surrounding area is also known for its locally grown coffee.
Le Pouce Mountain – Le Pouce also known as the “Thumb” is the third highest mountain in Mauritius at 812 meters above the sea level. It is named Le Pouce because of the thumb-shaped peak of the mountain. It can be viewed from the Capital city Port Louis, and is a popular hike for the view of the city
Aapravasi Ghat -The Immigration depot is also known as the Aapravasi Ghat in Hindi. It is a building complex located in Port Louis city. It was the first British colony to be contracted officially to carry out labor work. For this purpose, workforce from India was migrated to this destination. It has now become a sightseeing place with historic elements still present all around this place. The site is under the management of the Aapravasi Ghat Trust Fund and is visited by tourists in large number today.
China Town – TChinatown as the name suggests is an ethnic enclave of Chinese population who are expatriates. A Chinatown exists in the Port Louis city of Mauritius. The Chinatown Food and Cultural festival is held every year during May/June. This festival attracts large number of tourists across the world including Chinese population for the sumptuous variety in the Chinese cuisines and Chinese clothes available for shopping all over this town
Champ De Mars – The Champ de Mars racecourse is a thoroughbred horse race track in Port Louis city of Mauritius. The Mauritius Turf Club is second oldest horse racing club in the world and is now managing the entire Champ de Mars Racecourse in Port Louis. Being one of the oldest race course tracks in the world, this place has gained lot of popularity in the past and still continues to be a very good sightseeing option in Mauritius. 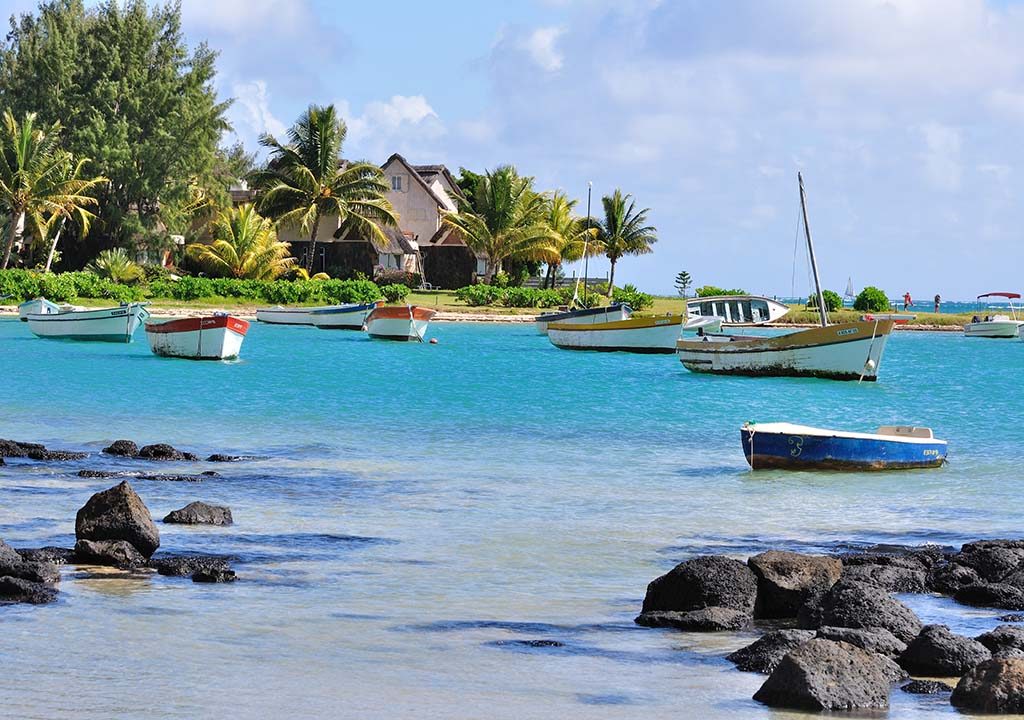