Birthplace of Gods… Shower of Religious beliefs… World’s Tallest Mountains… and the Land of Adventures; Nepal is a country truly acclaimed for its beauty and its religious connect. Nepal is full of mountains, glaciers and rivers, located at the lap of the Mighty Everest and one of the most beautiful countries in whole world. You can listen to the birds chirping and the jingling of bells in almost every house. A landlocked country in South Asia, Nepal stands bordered by China in the north and India in the south, east and west. The country, which was initially a monarchy, is now a Federal Democratic Republic. An abode of Hindus, smiling faces, friendly people, unmatched hospitality, breathe taking Landscapes, scenic beauties, holy temples, majestic monasteries, mouth watering foods, diverse culture, traditions and festivals……Nepal is a country one must visit atleast once in their lives.

Nepal is a culturally rich country, the cultural season in Nepal are therefore very lively and vibrant. With numerous cultural events and festivals taking place, it is a place which lightens up almost all seasons in a year to celebrate the festive moods.

“Shop till you drop” should be your motto as Kathmandu is a shoppers’ paradise. Many of the shops, galleries and boutiques provide that special something for you and your loved ones. Shopping in Kathmandu is an experience like no other. Kathmandu offers everything from luxury boutiques, shopping centres, to bargain outlets and markets. It’s the experience of shopping here that people love to return back to this country. There are numerous tourist shops on the main streets and in the hotel arcades brimming with tempting jewelry, statues, and other typical Nepalese handicraft. Each place has its specialty product which is unique. Bhaktapur, for instance, is the place to buy pottery. The Traditional Craftsman’s Colony in Patan is a famous center for Nepalese handicraft. You may get carved-wooden items while at Patan. As for jewelry, buyers can opt for loose gems or custom-made items.
For sheer variety of products and brands in all price ranges, Kathmandu offers a unique shopping experience. From glitzy malls to trendy boutiques, you can find almost anything and everything that caters to your shopping list. For premium brands and high fashion, Durbar Marg is consumers’ Mecca. From affordable to extravagant design, all that needed for a traditional look is here. New Road caters to the budget-conscious shoppers. Jhamsikhel fulfills the gastronomical whereas shopping malls like Civil Mall, NLIC City Center, Bluebird Mall, Times Sqaure Mall, Kathmandu Mall and UWTC make their locations famous because of their presence.

The Nepali national meal is Daal bhaat tarkaari. This is served in most Nepalese homes and teahouse. If rice is scarce the grain part may be cornmeal mush called Ato, barley, or chapatis (whole wheat ‘tortillas’). The meal may be accompanied by dahi (yogurt) and a small helping of ultra-spicy fresh chutney or achar (pickle). Traditionally this meal is eaten with the right hand. Curried meat — goat or chicken — is an occasional luxury, and freshwater fish is often available near lakes and rivers. Because Hindus hold cattle to be sacred, beef is forbidden but still can be obtained for a high price in some expensive restaurants (the price is high mainly because it is imported from India). Outside the main morning and evening meals, a variety of snacks may be available. Fritters called ‘Pakora’ and turnovers called “Samosa” can sometimes be found, as can sweets made from sugar, milk, fried batter, sugar cane juice, etc. Because of the multi-ethnic nature of Nepali society, differing degrees of adherence to Hindu dietary norms, and the extreme range of climates and microclimates throughout the country, different ethnic communities often have their own specialties

The cuisine of the Terai lowlands is almost the same as in adjacent parts of India. Locally-grown tropical fruits are sold alongside subtropical and temperate crops from the hills. In addition to bananas (‘kera’) and papayas (‘mewa’) familiar to travelers, jackfruit (‘katar’) is a local delicacy. Some dishes, particularly in the Himalayan region, are Tibetan in origin and not at all spicy. Some dishes to look for include momos, a meat or vegetable filled dumpling (similar to Chinese pot-stickers) often served with beer, and Tibetan Bread and Honey puffy fried bread with heavy raw honey that’s great for breakfast. One delicacy that you do not want to miss while in Nepal is the dried meat (it especially complements with beer/alcoholic beverages. Up in the Himalayan Mountains, potatoes are the staple of the Sherpa people. Pizza, Mexican, Thai and Chinese food, and Middle-Eastern food can all be found in the tourist districts of Kathmandu and Pokhara. As far as possible, eat only Nepali village products. Do not eat junk foods like biscuits, noodles etc. If you take only village product foods, it will help to raise their economic life.

Kathmandu – Kathmandu is the largest city and capital of Nepal and the namesake of the Kathmandu Valley. Once thought to be the fabled and inaccessible Shangri-La, Kathmandu is now a hub for independent travelers as well as a growing vacation spot catering to all budgets. Kathmandu has seen an upwards rise in terms of the visitors every year. As a result of considerable urban growth in recent decades, it is now part of one continuous urban area together with Patan to the south

Birgunj – Birgunj is a city in Parsa district in Nepal. The city is located on the borders with the Indian state of Bihar, and is a major point of entry for goods coming from India and also the port of Kolkata. Though it is not a tourist hot spot, you can see Lord Buddha stupa on a tiny hillock called Vishwa. Apart from this, Gadhi Mai is a well known Hindu Goddess temple which holds a mighty fair every five years. Hindus from all over the world come here. To the west of Birgunj, Bindawasni mai is another historical and religious place. Jang Bhandur Rana, the first Rana prime minister held a massacre in which hundreds of people died as a result of royal conspiracy. To the north of the city there is Parsa Wildlife Reserve, one of the biggest national parks having 100s of endangered species. Tigers, elephants, musk deer, Gharials, Red horned bills Etc are main attraction.
Bhaktapur –Bhaktapur is known alternately as City of Culture, Living Heritage, Nepal’s Cultural Gem, An open museum and a City of Devotees. Bhaktapur is an ancient city and is renowned for its elegant art, fabulous culture, colorful festivals, traditional dances and indigenous lifestyle of Newari community. It is just 12 kilometers east of Kathmandu, capital of Nepal, but gives the feeling of prehistoric times given the ambiance of traditional homes, lifestyles and environment. Bhaktapur was the capital city of the Greater Malla Kingdom in the Kathmandu Valley till the 15th century AD. The many of Bhaktapur’s greatest monuments were built by the then Malla rulers.


Boudhanath – Boudha, pronounced ‘Bo-da’) is located 7 km East/Northeast of Kathmandu & home to one of the largest Buddhist stupas in the world, built during the 5th century AD.
Le Pouce Mountain – Le Pouce also known as the “Thumb” is the third highest mountain in Mauritius at 812 meters above the sea level. It is named Le Pouce because of the thumb-shaped peak of the mountain. It can be viewed from the Capital city Port Louis, and is a popular hike for the view of the city
Patan -Patan is a one of the largest cities in Nepal and is located just across the Bagmati river near Kathmandu. Confusingly, it is also known as Lalitpur, both names deriving from the Sanskrit “Lalitapattan”. Like its larger neighbor, Patan also boasts a Durbar Square full of temples, statues, and palaces and, in addition, has the must-see attraction of Patan Museum. As a traditional center of handicrafts, Patan is a great place to purchase jewelry, Buddha statues and masks
Pokhara – Pokhara is the third largest city in Nepal. It is the starting point for most of the treks in the Annapurna area. It is another economic hub after Kathmandu and draws it significance from the early 90s when many businesses were relocated here. 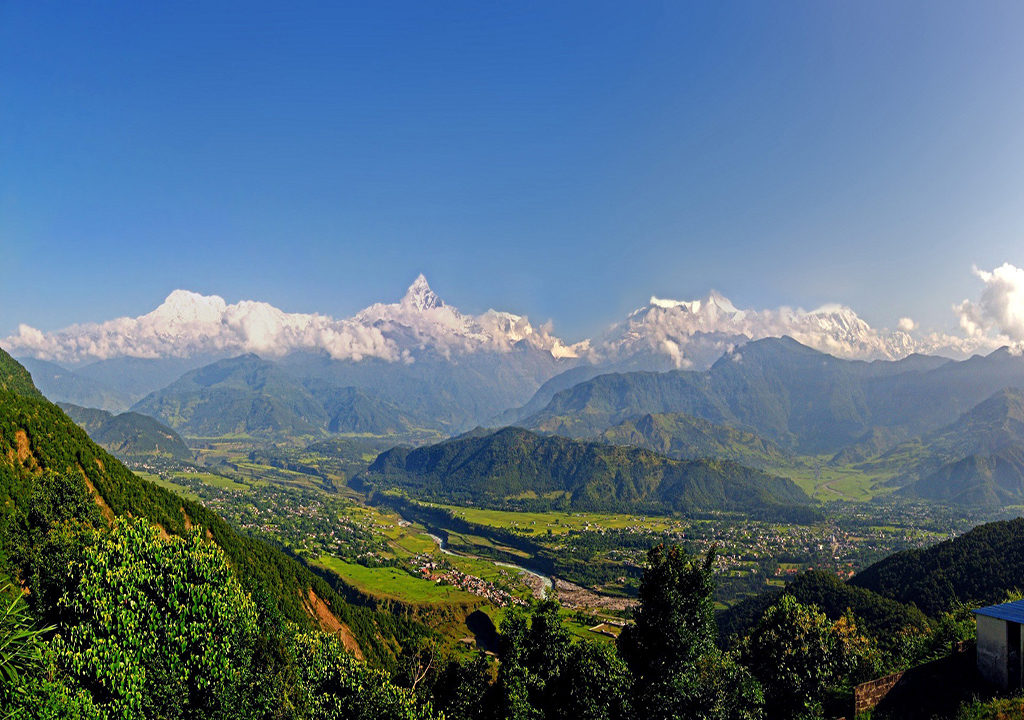 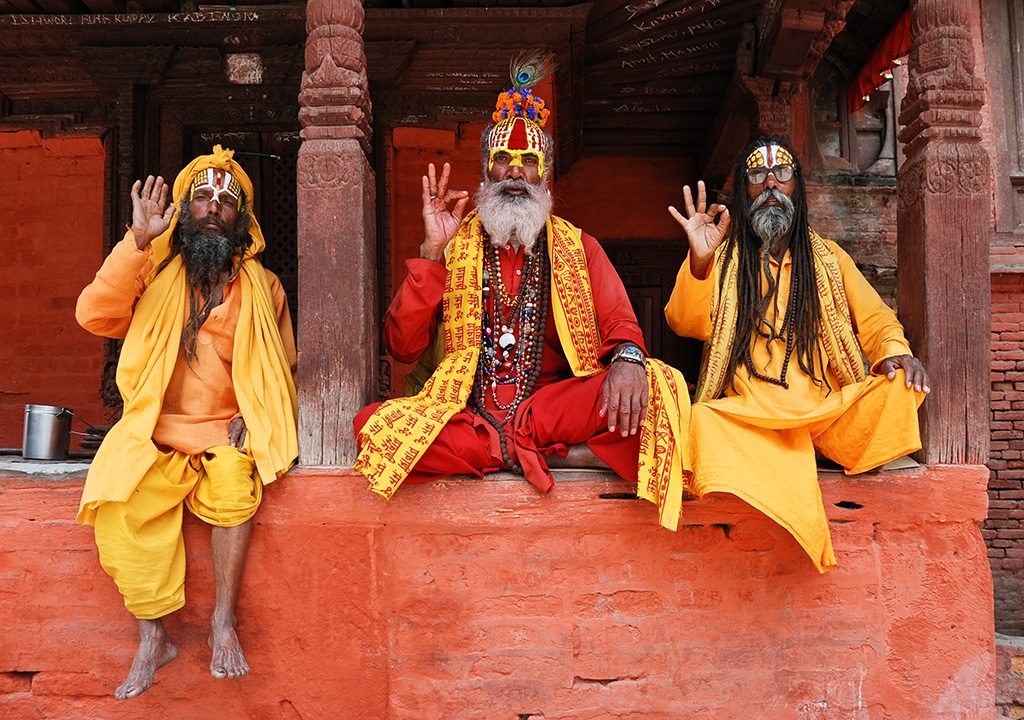