Once away from the holiday Costas, and your daily bustled life, you could only be in Spain. Passionate, sophisticated and devoted to living the good life, Spain is at once a stereotype come to life and a country more diverse than you ever imagined. Travel is easy, accommodation plentiful, the climate benign, the people relaxed the beaches long and sandy, the food and drink easy to come by and full of regional variety, Spain proudly sticks to its reputation. Culturally, the country is littered with superb old buildings, from Roman aqueducts and Islamic palaces to Gothic cathedrals. Almost every second village has a medieval castle. Spain has been the home of some of the world’s great artists – El Greco, Velázquez, Goya, Dali, and Picasso – and has museums and galleries to match. The country vibrates with music of every kind, people rejoice every year with La Tomatino, a festival very popular amongst the locals here. Spain will infuse your souls with liveliness and make every moment of your stay admirable and pleasurable!

Currency: Euro (EUR)
Religion: Roman Catholicism
Climate: The Mediterranean climate is characterized by dry and warm summers. The semiarid climate is prevalent in the southeastern quarter of the country, especially in the region of Murcia and in the Ebro valley. In contrast with the Mediterranean climate, the dry season extends beyond the summer. The oceanic climate is prevalent in north quarter of the country, especially in the region of Basque Country, Asturias, Cantabria and partly Galicia. In contrary to the Mediterranean climate, winter and summer temperatures are influenced by the ocean, and have no seasonal drought
Best Time To Travel: Spain can be best enjoyed between the months of May to September

It’s hard to beat the experience of arriving in some small Spanish village, expecting no more than a bed for the night, to discover the streets decked out with flags and streamers, a band playing in the plaza and the entire population out celebrating the local fiesta. Everywhere in Spain, from the tiniest hamlet to the great cities, devotes at least a couple of days a year to their festivals.

Spain is a country which sees a huge inbound traffic annually, for its shopping as much as for its sightseeing. The shops in Spain range from side-street stalls and open-air flea markets, to designer boutiques selling the newest fashionable dresses. Basically, Shopping in Spain is always an adventure, and some of the best places to visit in Spain are the open-air markets and upper end shops in Barcelona and Madrid which are famous for window shoppers and even buyers. Shopping in the busy commercial centers of Barcelona, Madrid and Malaga is more or less same as shopping at home with big plazas and department stores offering almost everything. Over all Shopping in Spain can be quite a pleasurable quest if one has plenty of time and don’t mind mixing it up with a bit of meandering in the coffee shops or bars for drinks and tapas.
Spanish leather goods are quite well renowned and prized throughout the world, offering high-fashion originals at reasonable prices. Of importance are the most popular suede coats and jackets among other things. On the whole, all types of leather goods are sold in the Spain shops. The Spanish guitar is also quite famous and is not only used by some of the great musicians but is eagerly bought by the common people also. Besides all these, while Shopping in Spain one must remember the fine handcrafted wooden furniture, different types of toy manufacturing, shoe manufacturing especially high quality ones is also sought after while Shopping in Spain. Fine rugs and carpets made in Caceres, Granada and Murcia are also brought by tourists to take to their homeland. The numerous excellent Sherries, wines and spirits produced also make good souvenirs to take back home.

The Spanish cuisine reflect the mix of several cultures on the platter and are truly admired the world over. Sea food holds a special place in the Spanish cuisines and this is mainly because of the easy availability of the sea foods in the plenty of water bodies scattered all over the country. This also reflects the Mediterranean roots of the country. Much of the Spanish cuisines have been influenced by the Jewish, Celtic and Moorish methods of cooking. The Moors had strong presence in Spain for several years and you can still get their authentic style of cooking in many homes. One of the popular Spanish foods is pork. One of the interesting facts is also that that the native cuisines of the Americans came to Europe through Spain. Butter or lard is also extensively used in the Spain cuisines but that is more prominent in the northern part of the country.

The daily Spain cuisines comprise of traditionally handmade food, whose ingredients are purchased from the local markets in the surroundings. This is however more pronounced in the rural areas and in the places like Madrid and all which are urbanized this practice is not so common. The dishes like Granada or Jaen and Almería are offered along with a drink and in every bar of Spain, this custom of serving something edible with a drink is very popular. One of the other traditional Spain cuisines is churro with thick hot chocolate. The traditional Chocolateria de San Gines is also a hot favorite. Sofrito is a very common ingredient in any of the Spanish cuisines. Even the use of Garlic and onions for seasoning is also quite common. Bread is one of the important components of Spanish cuisines. Fruits or dairy products as desserts are also a must.

Madrid – The capital of Spain, located in the heart of the peninsula and right in the center of the Castilian plain, is a cosmopolitan city, a business center, and headquarters for the Public Administration, Government, Spanish Parliament and the home of the Spanish Royal Family. Madrid also plays a major role in both the banking and industrial sectors. Most of its industry is located in the Southern fringe of the city, where important textile, food and metal working factories are clustered. Madrid is characterized by intense cultural and artistic activity and a very lively nightlife.

Barcelona – Barcelona is Spain’s second largest city, and the capital and largest city of Catalonia. The city, located directly on the northeastern Mediterranean coast of Spain, has a rich history dating back at least 2,000 year. Barcelona, more than just a single city, is really a collection of multi-faceted and diverse cities. This beautiful city is full of what European cities are known for – an amazingly unbelievable infrastructure system, old markets, shopping and sightseeing. It is one of the most advanced metropolitan cities in the World.
Bilbao -Bilbao is the capital of Vizcaya in the Basque Country, Spain. The city is situated on the banks of the Nervion, a tidal river. The climate in Bilbao is milder than in most other parts of the peninsula, rarely falling below freezing in winter. The green hills of Bilbao are a welcoming spot for all the tourists who would like to drift away a bit from the heritage appeal in the rest of the Spain in the want of seeing something nature ruled. Also the beaches give a good time to the tourists to relax and spend their evenings in joy.
Cadiz – Cadiz is the capital of the Cadiz Province in the Andalucia region of Spain. It is the oldest city in Western Europe with nearly 4,000 years of history, and also celebrates a famous carnival every year. Archeological remains can be found all around the old town.
Cordoba – Cordoba is a mid-sized city of 350,000 inhabitants and the capital of the province of Cordoba, situated in the center of Andalucía in Spain. A great cultural reference point in Europe, this ancient city has been declared a World Heritage Site and contains a mixture of the diverse cultures that have settled in it throughout history spans.
Costa Brava – The Costa Brava (Rugged Coast) is in Catalonia, in the northeast region of Spain. It has rocky cliffs and a mix of beaches which are predominant in pebbles, corals and shells. In the early 2000s many Russians acquired villas around Costa Brava, inflating the general lifestyle prices here 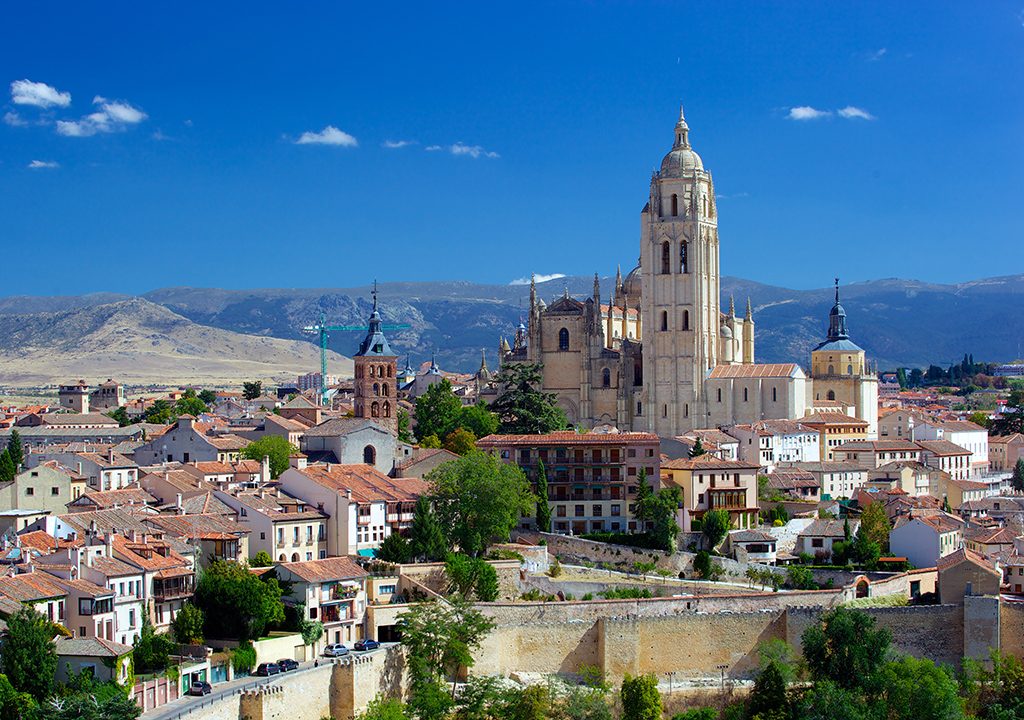