Currency: United States Dollar (USD
Religion: Christianity is predominant. Major chunk is of Protestants and lesser chunk is of Roman Catholics.
Climate: The United States, with its large size and geographic variety, includes most climate types. To the east, the climate ranges from humid continental in the north to humid subtropical in the south. The southern tip of Florida is tropical, as is Hawaii. The Great Plains west of the 100th meridian are semi-arid. The climate is arid in the Great Basin, desert in the Southwest, Mediterranean in coastal California, and oceanic in coastal Oregon and Washington and southern Alaska. Most of Alaska is polar and ice capped. Extreme weather is not uncommon—the states bordering the Gulf of Mexico are prone to hurricanes, and most of the world’s tornadoes occur within the country, mainly in the Midwest’s Tornado Alley
Best Time To Travel: East Coast can be best traveled to and enjoyed between June to September. West Coast can be traveled during the months of December to February.

USA is a festival rich country. With numerous cultural events and festivals taking place, it is a place which lightens up almost all seasons in a year to celebrate the festive moods.

America is the birthplace of the modern enclosed “shopping mall” as well as the open-air “shopping center”. In addition, American suburbs have miles and miles of small strip malls, or long rows of small shops with shared parking lots, usually built along a high-capacity road. Large cities still maintain central shopping districts that can be navigated on public transport, but pedestrian-friendly shopping streets are uncommon and usually small. Outlet centers are The U.S. pioneered the factory outlet store, and in turn, the outlet center, a shopping mall consisting primarily of such stores. Outlet centers are found along major Interstate highways outside of most American cities. American retailers tend to have some of the longest business hours in the world, with chains like Walmart often featuring stores open 24/7 (24 hours a day, 7 days a week). American retail stores are gigantic compared to retail stores in other countries, and are shoppers’ dreams come true.
On weekends, it is not uncommon to find families selling no longer needed household items in their driveway, garage, or yard. If you see a driveway full of stuff on a Saturday, it’s likely a garage sale. Flea markets (called “swap meets” in Western states) have dozens if not hundreds of vendors selling all kinds of usually inexpensive merchandise. Some flea markets are highly specialized and aimed at collectors of a particular sort; others just sell all types of items. Again, bargaining is expected. Americans also believe in Auction Sales. The fast paced, sing-song cadence of a country auctioneer, selling anything from farm animals to estate furniture, is a special experience, even if you have no intention of buying. In big cities, head to the auction chambers of Christie’s or Sotheby’s, and watch paintings, antiques and works of art sold in a matter of minutes at prices that go into the millions.

The variety of restaurants throughout the U.S. is remarkable. In a major city such as New York, it may be possible to find a restaurant from nearly every country in the world. One thing that a traveler from Europe or Latin America will notice is that many restaurants do not serve alcohol, or may only serve beer and wine. Home to a variety of major Fast Food brands viz. Mc Donald’s, KFC, Pizza Hut, Subway, and Burger King; the United States give a variety of options to the people for all kinds of meals ranging from budget to expensive. While many types of food are unchanged throughout the United States, there are a few distinct regional varieties of food. The most notable is in the South, where traditional local fare includes grits (ground maize porridge), collard greens (a boiled vegetable, often flavored with ham and a dash of vinegar), sweet iced tea, barbecue (not unique to this region, but best and most common here), catfish (served deep-fried with a breadcrumb coating), cornbread, okra, and gumbo (a stew of seafood or sausage, rice, okra, and sometimes tomatoes).

Barbecue, BBQ, or barbeque is a delicious American specialty. At its best, it’s beef brisket, ribs, or pork shoulder slowly wood smoked for hours. Ribs are served as as a whole- or half-rack or cut into individual ribs, brisket is usually sliced thin, and the pork shoulder can be shredded (“pulled pork”) or chopped (“chopped pork”). Chinese food is widely available and adjusted to American tastes. Authentic Chinese food can be found in restaurants in Chinatowns in addition to communities with large Chinese populations. Japanese sushi, Vietnamese, and Thai food have also been adapted for the American market in recent years. Fusion cuisine combines Asian ingredients and techniques with more traditional American presentation. Indian food outlets are available in most major U.S. cities and towns. Mexican/Hispanic/Tex-Mex food is very popular, but again in a localized version. Middle Eastern and Greek foods are also becoming popular in the United States. Vegetarian food is easy to come by in big urban areas. As vegetarians are becoming more common in the U.S., so are the restaurants that cater to them. Most big cities and college towns will have vegetarian restaurants serving exclusively or primarily vegetarian dishes.

Boston – Boston is the largest city in New England, the capital of the state of Massachusetts, and one of the most historic, wealthy and influential cities in the United States of America. Its plethora of museums, historical sites, and wealth of live performances, all explain why the city gets 16.3 million visitors a year, making it one of the ten most popular tourist locations in the country. Although not technically in Boston, the neighboring cities of Cambridge and Brookline are functionally integrated with Boston by mass transit and effectively a part of the city. Cambridge, just across the Charles River, is home to Harvard, MIT, local galleries, restaurants, and bars and is an essential addition to any visit to Boston. Brookline is nearly surrounded by Boston and has its own array of restaurants and shopping.

Chicago– Chicago is a huge metropolitan and a vibrant city with sprawling infrastructure and an ecstatic atmosphere. It is the home of the blues and the truth of jazz, the heart of comedy and the first builder of the skyscraper. As the hub of the Midwest, Chicago is easy to find —its picturesque skyline calls across the waters of huge Lake Michigan, a first impression that soon reveals world-class museums of art and science, miles of sandy beaches, huge parks and public art, and perhaps the finest downtown collection of architecture in the world.
With a wealth of iconic sights and neighborhoods to explore, there’s enough to fill a visit of weeks or even months without ever seeing the end.

Bursa -Bursa lies in the northwestern part of Turkey near the Sea of Marmara, about 20 km inland. Bursa was the first major city the Ottomans, who started as a small emirate in the countryside just east of Bursa, had taken control of. As such, it served as the first capital city of the Ottoman Empire, from 1326, when it was captured from the Byzantines, to 1365, when the capital was moved to Edirne in European Turkey, as sultans started to turn their attention to Europe. Most of the historic sights of the city date back to this early period of the Ottomans.
Bodrum – Bodrum is a city in the southwest part of Turkey popular with tourists from all over the world. It is a Turkish port town formerly called Halicarnassus. It is famous for its resort tourism and yachting activities. It has a rich culture and history as like any other Turkish land. It is also the birthplace of Herodotus, the “Father of History.”

Los Angeles –Los Angeles (also known simply as L.A., and nicknamed the “City of Angels”) is the most populous city in California. Located on a broad basin in Southern California, the city is surrounded by vast mountain ranges, valleys, forests, beautiful beaches along the Pacific Ocean, and nearby desert. The metropolitan area is spread across Los Angeles County, Orange County, and parts of San Bernardino County, Riverside County, and Ventura County. Los Angeles is an important center of culture, business, media, and international trade, but it is most famous for being the center of the world’s television, motion picture, and recording industry, which forms the base of its status. No trip to Los Angeles is complete without a visit to its most famous district: Hollywood.
Las Vegas – Las Vegas, very famously known as the “Nightlife City” of the World, is the largest city in the U.S. state of Nevada. Also nicknamed the Entertainment Capital of the World, it is situated in the Mojave Desert of Southern Nevada. The city features many mega-hotel/casino complexes decorated with lavish care and attention to detail creating a fantasy-like environment. Las Vegas has the largest Casino in the World where people from all over the World come and visit these Casinos. These casinos often have names and themes that evoke romance, mystery, and exotic destinations.
Miami – Miami is a major city in the south-eastern United States and makes up part of the largest metropolitan area in Florida. Being part of the South Florida region, it is 20 miles from Fort Lauderdale, 106 miles from Naples (Florida) and 156 miles from Key West.

New York – New York (also referred to as “NYC”, “The Big Apple”, or just “The City” by locals), is the most populous city in the United States. It lies at the mouth of the Hudson River in the southernmost part of the state, which is part of the Mid-Atlantic region of the U.S. The New York Metropolitan Area, which spans lower New York, northern New Jersey, and southwestern Connecticut, has a population of 18.7 million, making it the largest metropolitan area in the U.S. As of 2007, it was 5th largest in the world, after Tokyo, São Paulo, Mexico City and Seoul. New York City is a center for media, culture, food, fashion, art, research, finance, and trade. It has one of the largest and most famous skylines on earth, dominated by the iconic Empire State Building.

New Orleans – In New Orleans, you’ll find the roots of jazz and a blossoming culture that is unlike anything else on Earth. Here, the laid-back atmosphere of the riverfront South has mixed with French sophistication and African-American creativity and energy to create something greater than the sum of its parts. Though hit hard by Katrina, “NOLA” remains the largest city in Louisiana and one of the top tourist destinations in the United States. Mardi Gras may be the city’s calling card, but that’s just one day out of the hot and muggy year in New Orleans. One can go ahead, take a riverboat down the Mississippi, munch on some beignets, and watch the Saints go marching in

Walt Disney World – – At the Walt Disney World Resort you can explore human innovation and cooperation; enjoy rides both thrilling and enchanting; relax and recuperate on the beach or the golf course; and discover an entire resort where children and adults can have fun—together. Walt Disney World, located in Lake Buena Vista, Florida, near Orlando, is the flagship of Disney’s worldwide theme park empire. It is, by far, the most popular theme park resort in the world. Some visitors describe it as a place of magic, wonder, and fantasy; others speak of fun, excitement, and relaxation; and still others complain of crowds, artifice, and unrelenting tackiness. As with most things, the essence of Walt Disney World lies near the intersection of those three views. The centerpieces of Walt Disney World are the four theme parks: The Magic Kingdom, Epcot, Disney’s Hollywood Studios, and Disney’s Animal Kingdom. Walt Disney World also has two of the world’s three most popular water parks, Typhoon Lagoon and Blizzard Beach, both heavily themed. Two shopping and entertainment districts, Downtown Disney and Disney’s Boardwalk, provide extensive shopping, dining, and entertainment options. 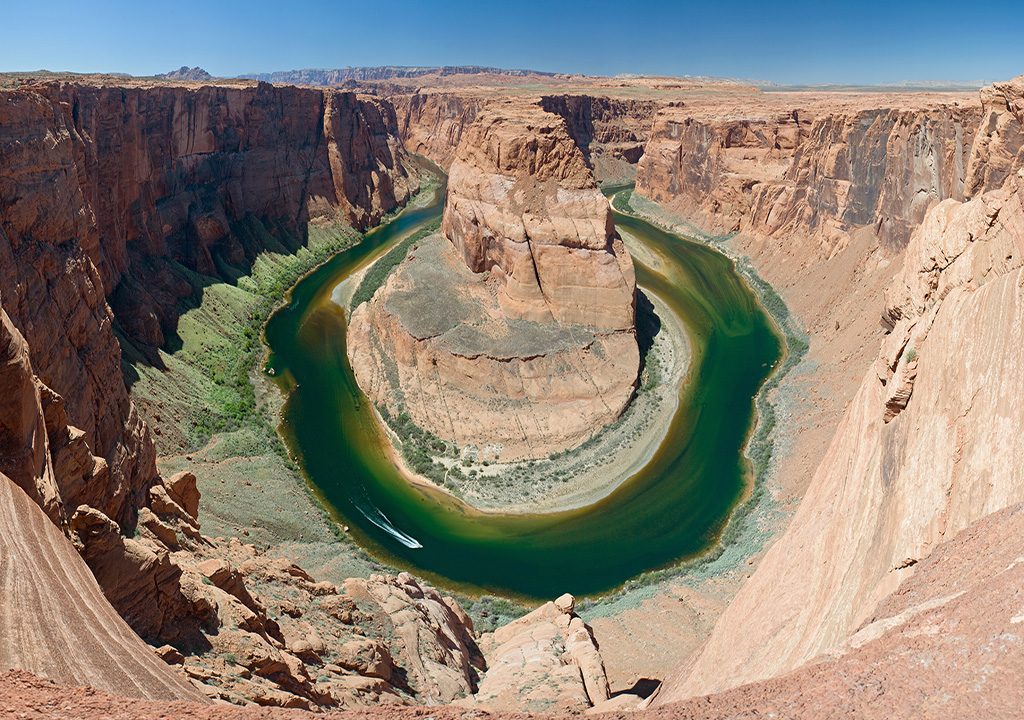 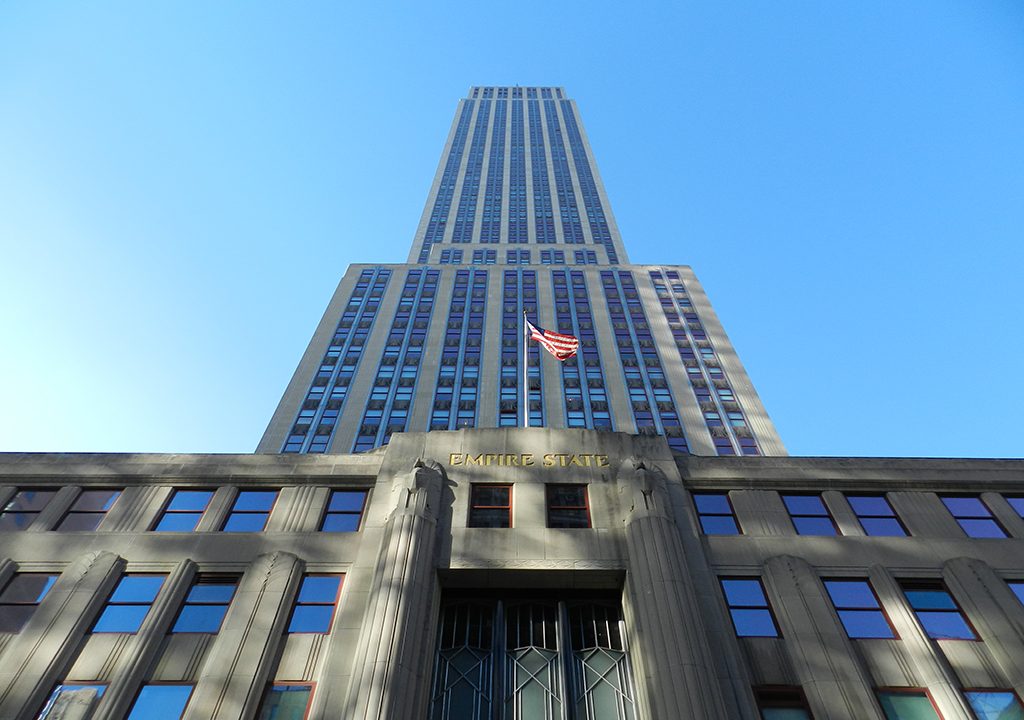 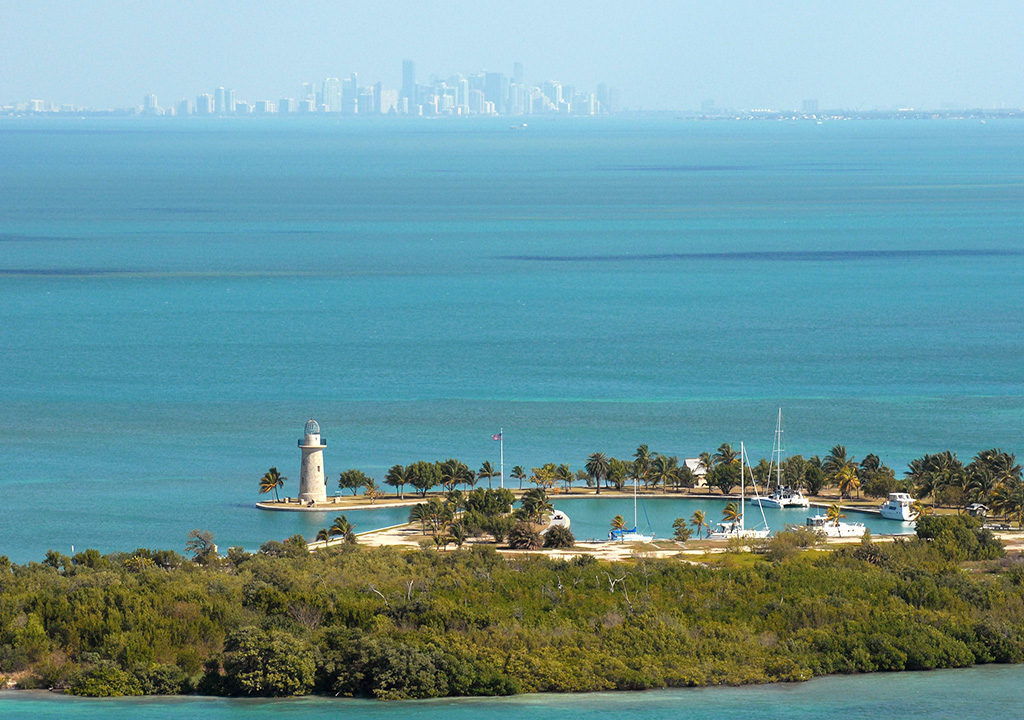 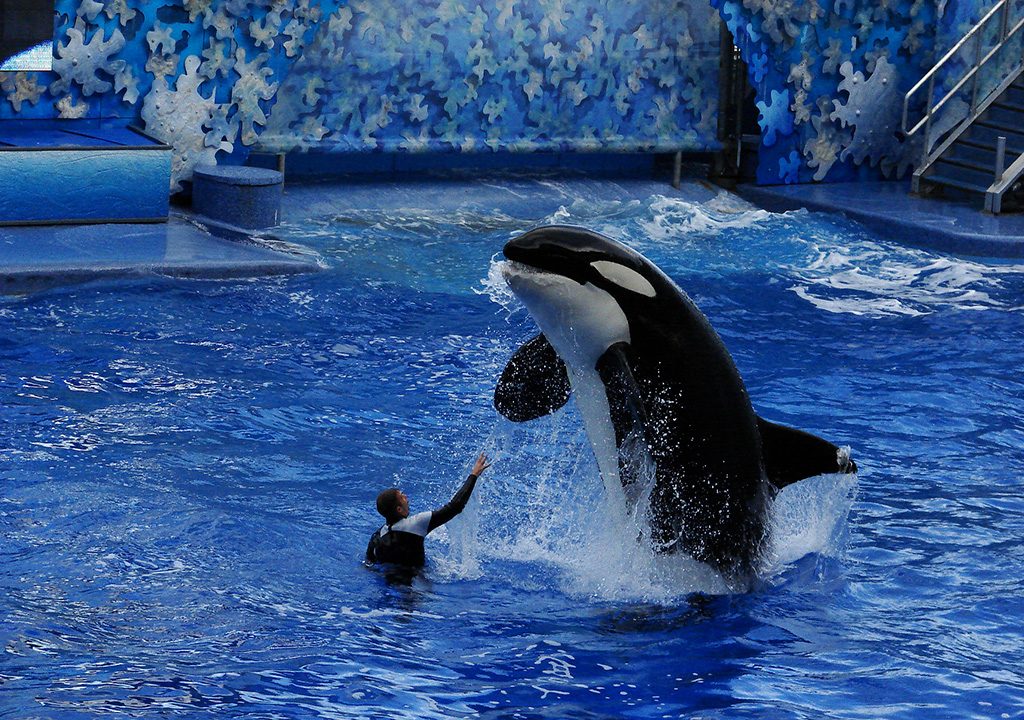 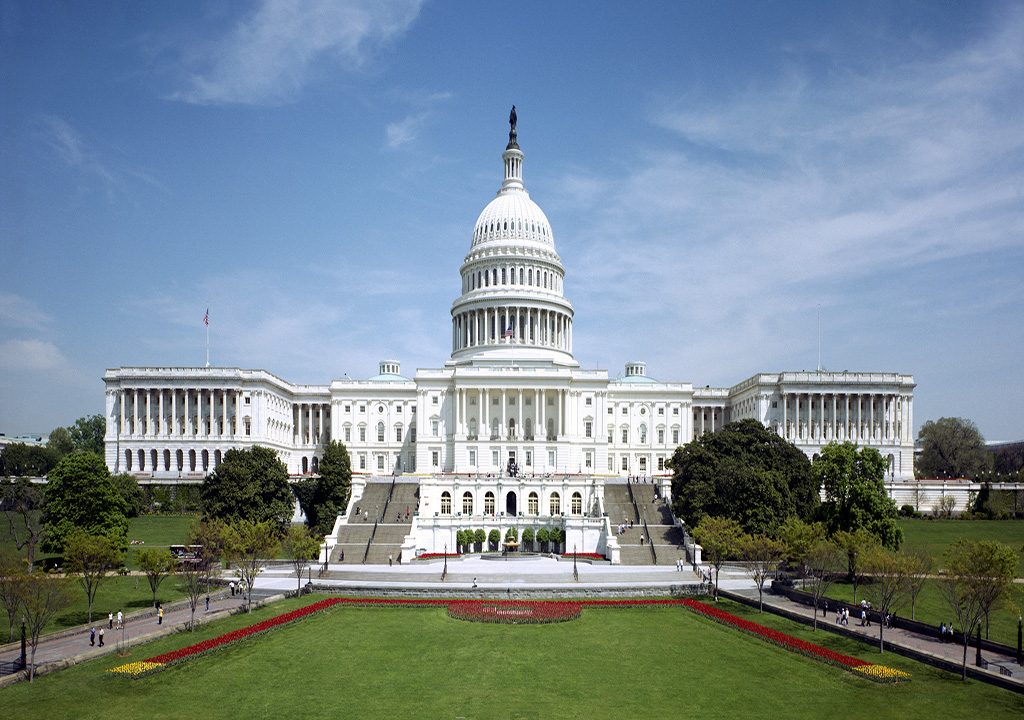 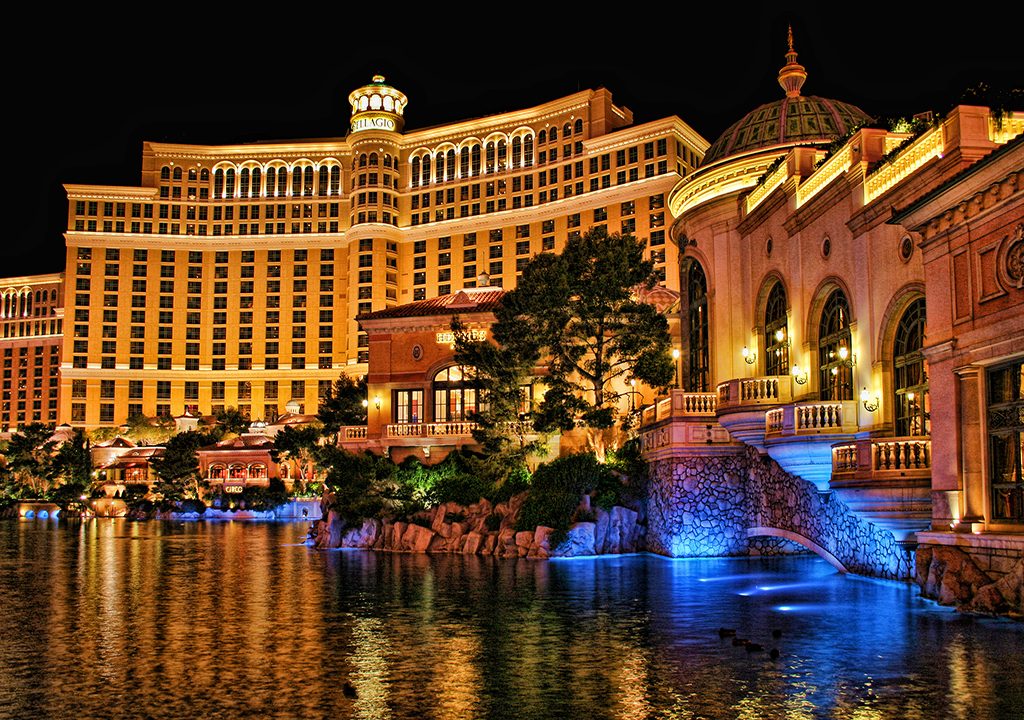