Even those who know nothing about Brazil are permeated with images of its beautiful beaches and beautiful people. Rio de Janeiro’s reputation precedes itself, being the must-see city of any Brazilian visit and also guarantees innumerable awe inspiring moments. It is divided into several areas: Copacabana, Ipanema, Centro, and Leblon. Each of these areas has a distinct flavor to them. Being blessed with talented world class artists like Oscar Niemeyer, Brazil has seen an upsurge in its infrastructure, coupled meticulously with unmatched Parliament and Govt. structures giving a statement similar to the 23rd Century! Brazil occupies nearly 50% of the South American continent. The cuisine in Brazil seems to match the people of this land and is hence one of the most famous in the World. With so much going for them, it’s no wonder that Brazilians say ‘Deus e Brasileiro’ (God is Brazilian). No one would be able to explain this huge mix of natural and cultural riches sprinkled all across the country.

Currency: Real (R$) (BRL)
Religion: Christianity is predominant.
Climate: Brazil’s winter lasts from June to August, with temperatures between 13 degrees and 18 degrees, but it only gets really cold south of Rio de Janeiro. Summer is from December to February, a period frequently bringing stifling humidity to the far south. Brief rain showers are common, given Brazil’s tropical climate, but the dry interior has only a few months of heavy rainfall a year. The Amazon Basin is the wettest area, with damp, moist temperatures averaging 27 degrees.
Best Time To Travel: Brazil can be best enjoyed in almost all months of the year

Year on year, the Brazilian Tourism has witnessed a notable upsurge of the influx of tourists especially during the festive time. Though not as many as other European countries, Brazil boasts of numerous festivals all round the year. Every year, numerous tourists show their interest just to witness the bustling events and festivals of the Country. The culture is made-up of several events and festivals, which present the real taste of South America. Tourists are generally invited to celebrate many of these events and festivals.

Similar to the rest of Latin America, hand-crafted jewelry can be found anywhere in Brazil. In regions that are largely populated by Afro-Brazilians one may find more African-influenced souvenirs, including black dolls. Havaianas jandals are also affordable in Brazil and supermarkets are often the best place to buy them. A Brazilian woven cotton hammock is a nice, functional purchase as well. Another interesting and fun item is a peteca, a sort of hand shuttlecock used in a traditional game of the same name, similar to volleyball. Brazilian light weighted clothes, especially the ones wore as beach fantasies are probably the best buys from Brazilian Markets. Such cloths are available in almost every town/city which is close to the beach. Another good reason for buying clothes and shoes in Brazil is that the quality is usually good and the prices often cheap.
Brazilian-made appliances and electronics are usually expensive. All electronics are expensive compared to European or US prices. Brazil uses a hybrid video system called “PAL-M.” Prices for imported electronic goods can be quite expensive due to high import tax, and the range of domestic electronic gadgets is not very wide. Although the strength of the Real means that shopping in Brazil is no longer cheap, there are still plenty of bargains to be had, especially leather goods, and including shoes (remember sizes are different though). Clothes in general are a good buy, especially for women, for whom there are many classy items. Street markets, which are common, are also a very good option. Don’t be afraid to “feel” an item. Brazilian Liquor, especially wine and beer are probably the best buys, as one may not end up paying taxes on them as much as people end up paying taxes on electronic items. Brazilian Beer is cheap and quite affordable if purchased in bulk.

Brazilian cuisine is as varied as its geography and culture. Brazil’s national dish is Feijoada, a hearty stew made of black beans, pork (ears, knuckles, chops, sausage) and beef (usually dried). It’s served with rice, garnished with collard greens and sliced oranges. The standard Brazilian set lunch is called prato feito, with its siblings commercial and executivo. Excellent seafood can be found in coastal towns, especially in the Northeast. Brazilian snacks, lanches (sandwiches) and salgadinhos (most anything else), include a wide variety of pastries, coxinha(deep-fried, batter-coated chicken), and pastel (fried turnovers). Another common snack is a misto quente, a pressed, toasted ham-and-cheese sandwich. Pao-de-queijo, a roll made of manioc flour and cheese, is very popular, especially in Minas Gerais state. The above coupled with a cup of fresh Brazilian coffee is a classic combination

Churrasco is Brazilian barbecue, and is usually served “rodizio” or “espeto corrido” (all-you-can-eat). Black beans stew (feijao ou feijoada) is also very popular, particularly in Rio de Janeiro, where most restaurants traditionally serve the dish on weekends. It comprises black beans cooked with pork meat accompanied by rice and farofa (manioca flour with eggs) and greens fried with garlic. Mineiro is the “miner’s” cuisine of Minas Gerais, based on pork and beans, with some vegetables. Dishes from Goias are similar, but use some local ingredients such as pequi and guariroba. Minas Gerais cuisine if not seen as particularly tasty, has a “homely” feel that is much cherished. The food of Bahia, on the northeast coast has its roots across the Atlantic in East Africa and Indian cuisine. Coconut, Palm Oil, hot peppers, and seafood are the prime ingredients. Pizza is very popular in Brazil. Middle-eastern and Arab (actually Lebanese) food is widely available. Sao Paulo’s Japanese restaurants serve up lots of tempura, yakisoba, sushi and sashimi.
Beer in Brazil has a respectable history because of the German immigrants. Most Brazilian beer brands tend to be way less thick and bitter than German, Danish or English beer. The most popular domestic brands are Brahma, Antarctica, and Skol. Traditional brands include Bohemia, Caracu – a stout -, Original and Serra Malte – another stout -, they are easily found in bars and are worth trying but are usually more expensive than the popular beers. There are also some national premium beers that are found only in some specific bars and supermarkets; one may search for Baden Baden, Colorado, Eisenbahn, Petra, Theresopolis and others. There are also some international beers produced by national breweries like Heineken and Stella Artois and have a slightly different taste if compared with the original beers. 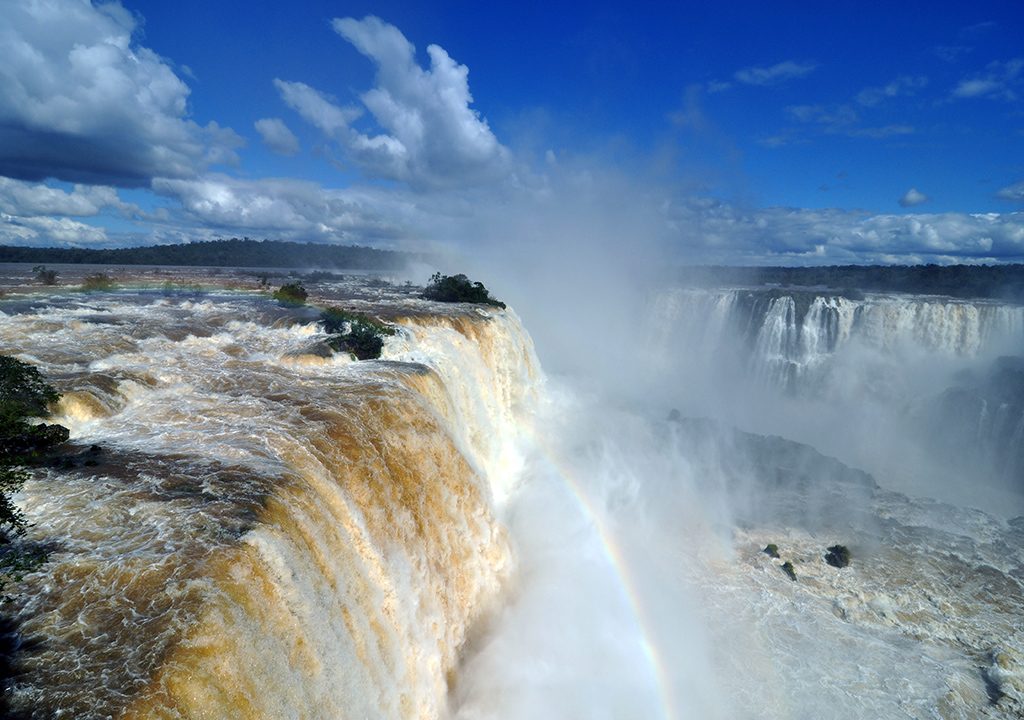 Highlights of Brazil And Argentina 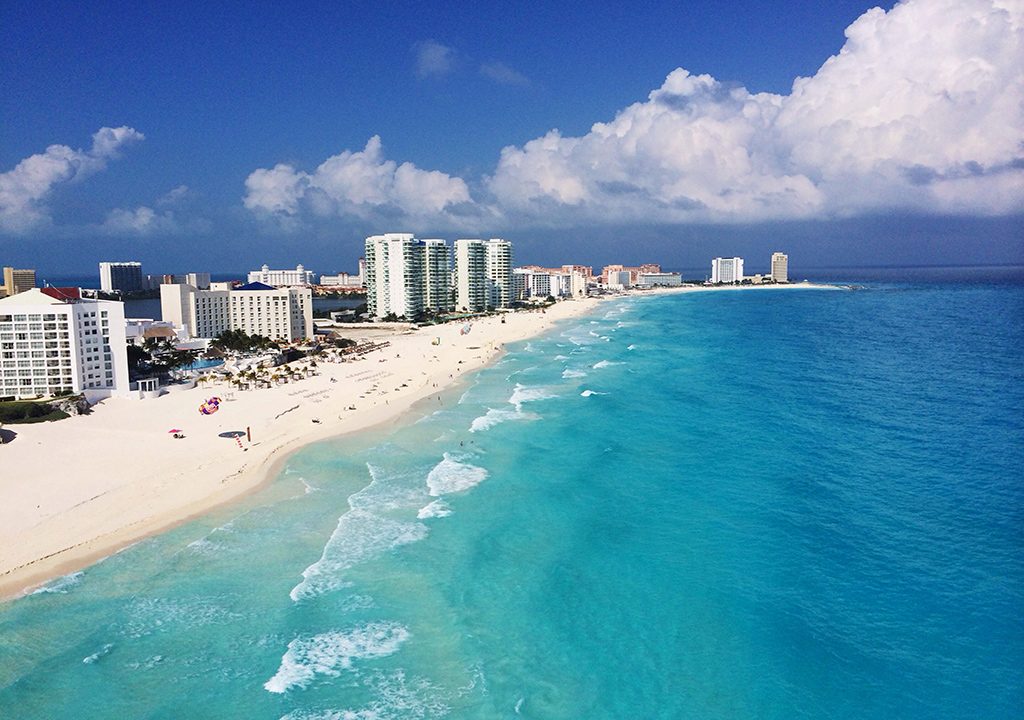