Sri Lanka, set in the Indian Ocean in South Asia, has a history dating back to the birth of time. It is a place where the original soul of Buddhism still flourishes and where nature’s beauty remains abundant and unspoilt. Sri Lanka’s attributes are many to list. Very few places have as many UNESCO World Heritage Sites (eight) packed into such a small area, as Sri Lanka has. Its 2000-plus years of culture can be discovered at ancient sites filled with mystery and turbulence, dating back a historical connection with India. Sri Lanka’s multifold pleasures relating to its natural reserves and wildlife reserves have been enchanting people since ages. Legendary temples boast beautiful details crafted by artisans through the centuries. Sri Lanka is spectacular, it’s affordable and it’s still mostly uncrowded. This is an island of magical proportions, once known as the ‘Pearl of the Indian Ocean’, and ‘Ceylon’.

Currency: Sri Lankan Rupee (LKR)
Religion: There is no official religion as Sri Lanka is a democratic and secular republic. However Hindu Tamils and Buddhist Tamils are predominantly in large numbers.
Climate: The climate is tropical and warm, due to the moderating effects of ocean winds. Mean temperature ranges from 17 degrees in the central highlands, where frost may occur for several days in the winter, to a maximum of 33 degrees in other low-altitude areas. Average yearly temperature ranges from 28 degrees to nearly 31 degrees. Day and night temperatures may vary by 14 degrees to 18 degrees.
Best Time To Travel: Sri Lanka being a tropical land and can be traveled to and enjoyed from the months of August to March.

Sri Lanka having a history as long as many ancient civilizations, positioning in the crossroad of the East and the West, and being a multicultural society, celebrates a wide variety of festivals, ceremonies and events throughout the year. Sri Lanka is a country rich in culture and history and the people of Sri Lanka love to find reasons to celebrate. Hence a few major festivals are highlighted, so that you can sample the Sri Lankan culture and plan your visit accordingly.

The island country has amazing variety for shoppers who are keen for budget shopping. Many merchant ships still stop by on their way from Europe to Southeast Asia so there is always a wealth of things available to the keen shopper even if it is not always of Sri Lankan origin. Naturally the most famous of its exports is Ceylon Tea. Sri Lanka was called Ceylon till it was renamed after independence from the British Empire in 1947. The locally grown brew made British Colonists a vast fortune in the 18th and parts of the 19th century. Nowadays the well-packed tea makes for excellent gifts for the folks back home. Broken Peko, broken orange Peko and other more exotic varieties abound. The colorful packs come in convenient sizes as well.
Fragranced spices are also a big draw with tourists. The one to buy is cinnamon. Very popular with the ancient shipping community, it is still a popular take-home item for tourists. There are many places where you can pick up cheap cotton clothes. Colombo has a couple of good places to pick these up so anyone can ask their local guide to guide them accordingly. There is a healthy trade in gem stones in Sri Lanka but one need to know a bit about stones as there can be lots of imitation stuff. Semi-precious stone sets are available at varying costs.

Sri Lankan and South Indian food are strikingly similar and have a lot in common, and many local restaurants will describe their menus as Sri Lankan & South Indian both. There are a number of regional variations though, the different types of hopper, devilled prawns/cuttlefish/chicken/etc. and the common fiery addition to any curry, pol sambol made of grated coconut, red chilli powder and lime juice. Kottu (Kothu) Roti (a medley of chopped roti, vegetables and choice of meat) is a must-have for anyone and everyone (non vegetarian). It is uniquely Sri Lankan and tastes best when made fresh by street vendors.

Sri Lankan food is generally spicy. But one can always ask for less spicy options while placing an order of your food. Other foods that one should try are String Hoppers, Hoppers, Pittu & Kiribath. There are many upscale and elite restaurants to choose from in the city of Colombo. There are several fine dining restaurants at the 5 star hotels which offer both Local and International cuisine. These establishments are found largely in western Colombo (along Galle Road), though more are located around Colombo and other major cities. Fast-food outlets such as KFC, Pizza Hut, Mc Donald’s etc. can be found in major cities.

Kandy Lake – Kandy Lake is a lake in the heart of the hill city of Kandy, Sri Lanka, built in 1807 by King Sri Vikrama Rajasinha of Sri Lanka next to the Temple of the Tooth. Over the years, it was reduced in size. It is a protected lake, with fishing banned.

Duhinda Falls – Five kilometres north of Badulla are the 63m-high Dunhinda Falls. The best time to see them is June and July, but they’re worth a visit at any time. It’s a good spot for a picnic.Temple of the Tooth of Relic – The Temple of the Sacred Tooth Relic is a Buddhist temple in the city of Kandy, Sri Lanka. It is located in the royal palace complex which houses the relic of the tooth of Buddha. Since ancient times, the relic has played an important role in local politics because it is believed that whoever holds the relic holds the governance of the country.
Hakgala Gardens -The Hakgala Gardens, 10km southeast of Nuwara Eliya (and about 200m lower), was originally a plantation of cinchona, the plant from which the antimalarial drug quinine is extracted. Later, the gardens were used for experiments in acclimatizing temperate-zone plants to life in the tropics. The gardens were run by the same family for three generations until the 1940s. Today Hakgala sprawls across 27 hectares and is famed for its roses, ferns and medicinal plants.
Asgiriya Maha Vihara – The principal viharas (Buddhist complexes) in Kandy have considerable importance – the high priests of the two best known, Malwatte and Asgiriya, are the most important in Sri Lanka. This temple is the headquarters of two of the main nikayas (orders of monks).

National Museum – This museum once housed Kandyan royal concubines and now features royal regalia and reminders of pre-European Sinhalese life. On display is a copy of the 1815 agreement that handed over the Kandyan provinces to British rule
Uda Walawe National Park – Udawalawe National Park lies on the boundary of Sabaragamuwa and Uva Provinces, in Sri Lanka. The national park was created to provide a sanctuary for wild animals displaced by the construction of the Udawalawe reservoir on the Walawe River, as well as to protect the catchment of the reservoir.
Nallur Kandaswamy Kovil – It is one of the most significant Hindu temples in the Jaffna District of Northern Province, Sri Lanka. It stands in the town of Nallur. The presiding deity is Lord Muruga in the form of the holy vel.
Sri Nagavihara International Buddhist Centre – UFor Buddhists there’s the solitary Sri Nagavihara International Buddhist Centre which was quickly rebuilt after government forces retook Jaffna in 1995.
Jaffna Archaeological Museum – This unkempt but interesting museum is hidden away at the end of a messy garden behind a cubic concrete events hall that looks rather like a Masonic lodge. Asking for directions may elicit odd responses since most locals don’t think of or refer to it as a museum.
St. John’s Cathedral – The tiny Anglican church of St John’s looks like a Sussex chapel, but with the napped flints replaced by cut sandstone chunks in the walls. Appropriately enough there’s a cricket pitch ranged behind.
Bodhi Tree Temple – It is the second most sacred place in Sri Lanka, after the Sri Dalada Maligawa, or Temple of the Tooth, in Kandy. The Bodhi Tree is allegedly a cutting from the original Bodhi tree under which the Buddha gained enlightenment, and has been continuously guarded for over 2000 years, making it the oldest historically authenticated tree in the world. The temple complex is surrounded by walls, and is quite busy with monks and worshipers.
Ruwanwelisaya – It is the oldest and most voluminous stupa at Anuradhapura, which has been fully restored, painted white, and is currently a centre of worship. Walk from the Sri Maha Bodhiya, past the Brazen Palace (an ancient palace that once supported a bronze roof) to the stupa. There are several image houses at the stupa, as well as four smaller stupas in the four corners of the complex.
The Archaeolgy Museum – Showcases many of the artifacts found at the site, from jewelery and gems to coinage and pottery. The museum is more focused on religious and elite objects, although some commoner artifacts are also shown.
The Folk Museum Showcases the archaeology of Anuradhapura from a more folk perspective. It’s a large stupa which is currently undergoing restoration work.
The Citadel – This was the secular centre of the city of Anandhapura. The Gedige, many historical structures and other palaces can be found here, as well as the old city walls. 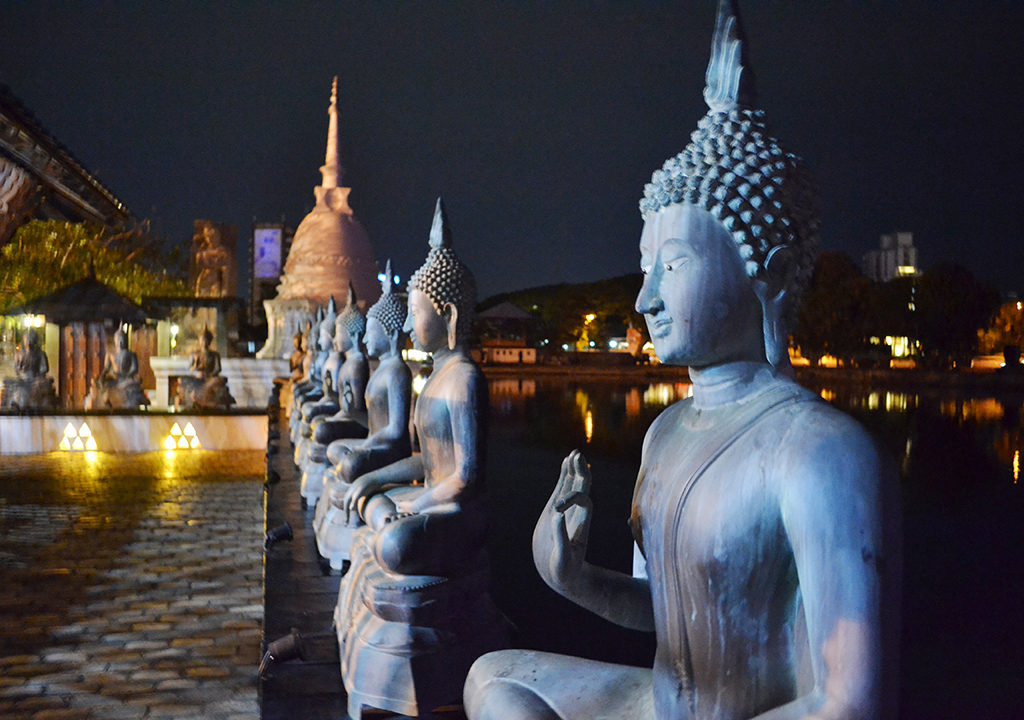 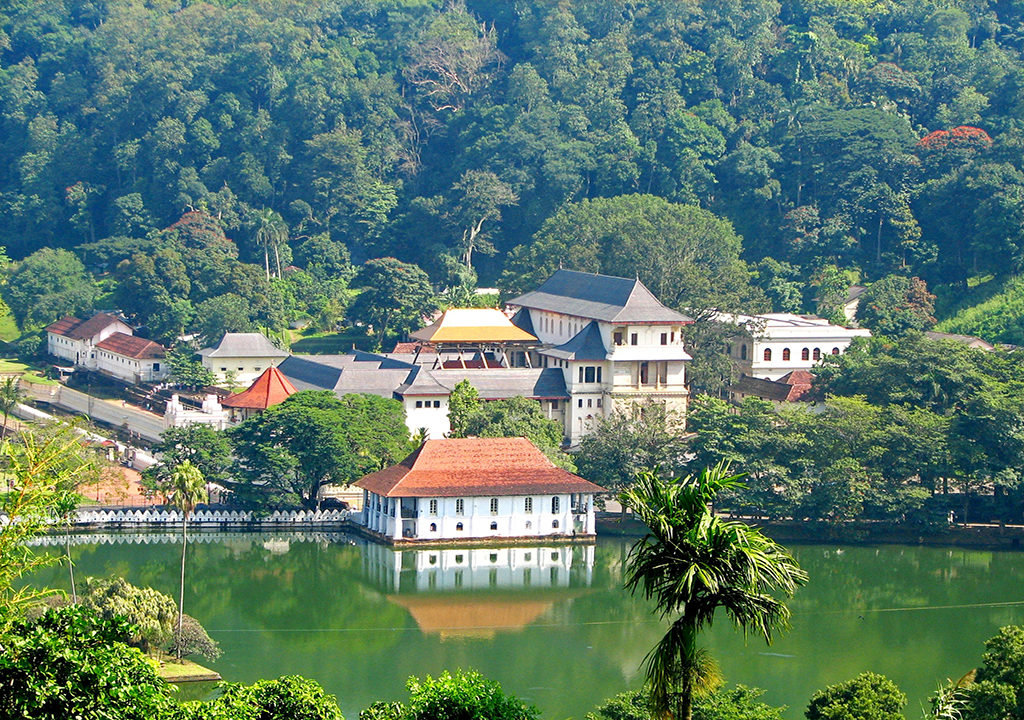 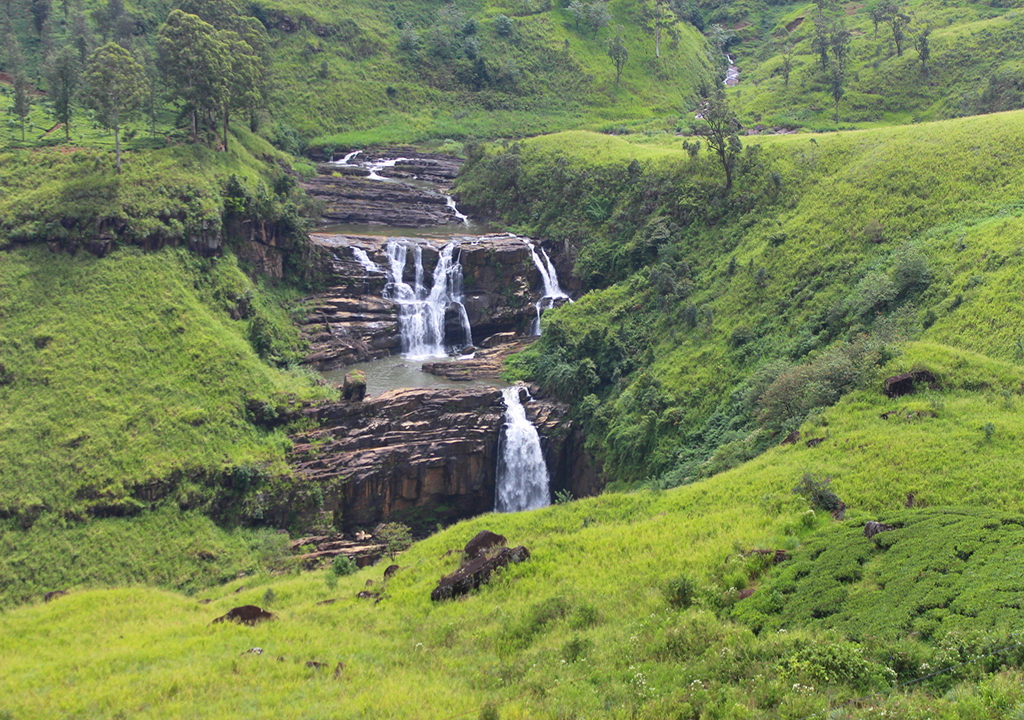 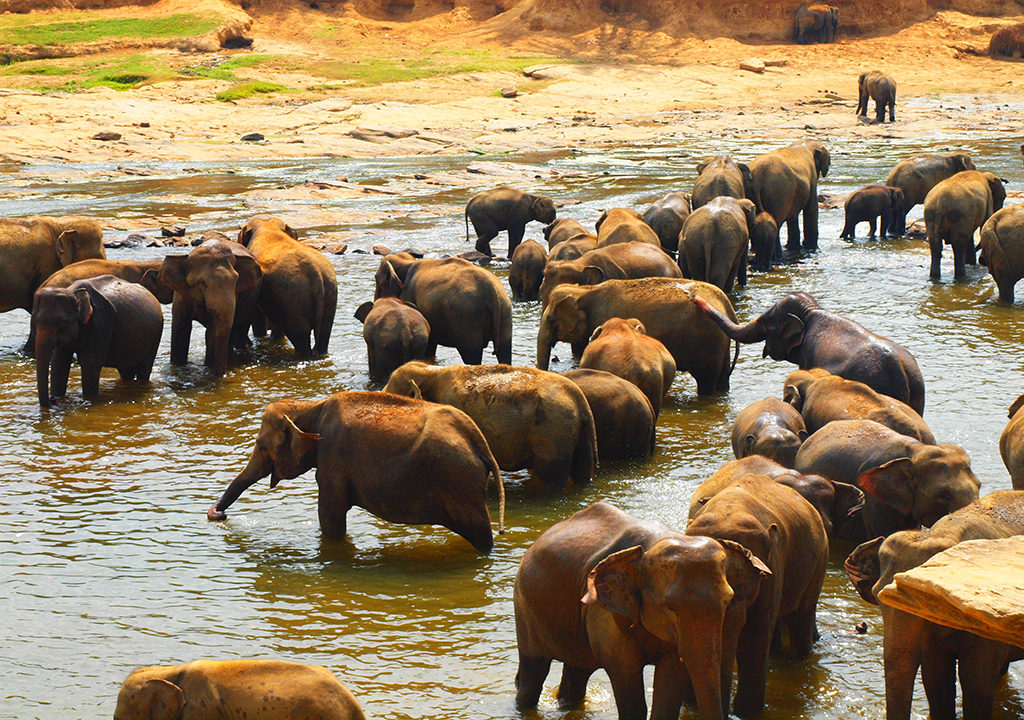